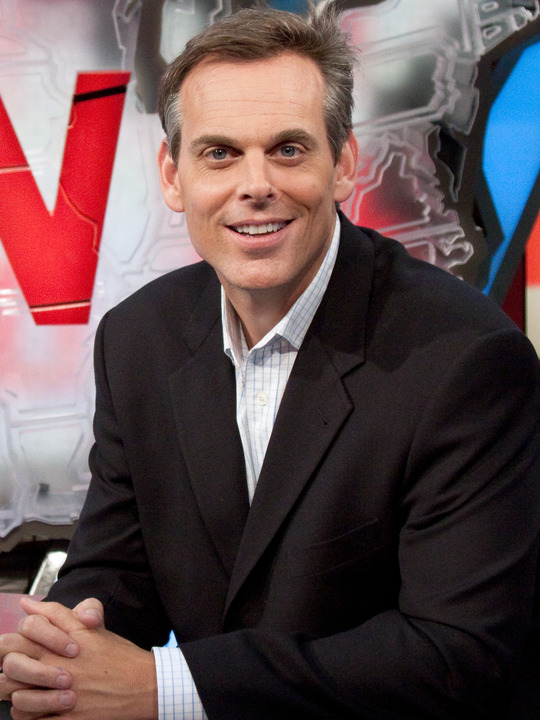 Last May, ESPN's Colin Cowherd went on an unbelievable, inaccurate rant attacking the city of New Orleans as "America's least safe major city."  Of course, Cowherd's rant was factually incorrect and had no basis in reality.  It was just another nasty stereotype on which he's built his radio career.  Cowherd was incredulous over the NFL considering playing the Pro Bowl in New Orleans (they didn't) and criticized the city hosting so many major sporting events in the last few years.  Let's take a look back, shall we?

You may have thought those comments would create an awkward situation with Cowherd being in New Orleans for an entire week for Super Bowl XLVII, but incredibly, miraculously, Cowherd has changed his tune on The Big Easy.

Throughout the week, Colin Cowherd has praised New Orleans repeatedly as "the service capital of the world."  He's talked with Scott Van Pelt and Ryen Russillo about the city hosting major events as "one of the Meccas."  In fact, he was in agreement with SVP and Russillo that he had no problem with the same city or cities hosting major events year after year.  (Quite the stark change from bemoaning New Orleans hosting the Pro Bowl of all things.)  He's talked glowingly about the food and the climate and going out on the town and how the city is a party and even encouraged his listeners to come to New Orleans and bring their significant others!

Judging by everything he's said on the radio this week, Colin Cowherd has had a great time in America's "least safe major city"…

"When you come to New Orleans, be ready to eat… It's just amazing.  Anywhere you walk into in this city the food is phenomenal.  Not good.  Phenomenal."

"Nobody's against New Orleans, in fact since Katrina New Orleans has hosted an NBA All Star Game, 2 BCS Naitonal Championps, the Men's Final Four, and this Super Bowl.  I would argue the south gets a large volume, a percentage of bigger events in this country."

"We're all three magnificent college football fans, so this is one of the Meccas, right?"

"Miami and New Orleans… I've never really had a problem putting big events in the same city every year."

(Cowherd on May 2nd: "Can I ask you something, why is the least safe major city in the country now the default destination for every big sporting event?")

"In New Orleans everyone in the service industry wants to do the job they're doing.. I've never been around better service in my life. It's just incredible….  People have been great here."

"We're on Bourbon Street in New Orleans… in America's best service city. I said this yesterday… in New Orleans nobody's in a hurry. I sat at a table for two and a half hours last night. It was just great service, great peeps, amazing food sitting down chewing it with Trent Dilfer and getting all sorts of knowledge, just getting smarter on football."

"Some people call it N'awlins, New Orleans, New Or-leans, we call it a good time, that's what we call it. Food's been great, service has been impeccable. Nice to be here."

"Had a great week in New Orleans.  Unbelievable.  The service capital of America.  Get down here.  Bring your wife, bring your girlfriend, bring your friends, bring your kids, eat like a king, be treated like royalty, absolutely a great time.  Even got good sleep here.  The hotels are well built because I slept like a baby every night."

Amazing that one city could be both the "least safe major city" in America and also the "service capital" of America all in one!  What an ecclectic place.

I'm actually happy for Colin Cowherd that he's enjoyed New Orleans so much this week and received the best service in America.  I'm happy he's gotten to know a different side of New Orleans beyond his gross misrepresentation of it as America's "least safe major city."  I'm amazed that he would encourage his listeners to travel and dare to bring loved ones to what he once thought was a dangerous place.  The optimist in me hopes it may even serve as a lesson for Cowherd and others to be more careful using stereotypes as crutches when judging people or places moving forward.  The realist in me is less hopeful, of course.

Isn't it remarkable how Cowherd's opinions changed once he had to spend a week in America's "least safe major city?"  Thank goodness he was able to survive the Super Bowl week experience and have such a good time in the newly christened service capital of America.