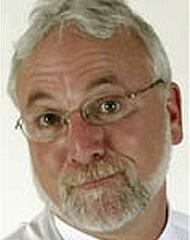 New York Post columnist Phil Mushnick has a reputation for stirring up a variety of controversies during his career in the writing world. Mushnick may have topped even himself with his comments today. In his column posted this morning on the Post’s website, Mushnick posted something that was so ridiculous that I had to go back and read it a few times to makes sure I read things correctly. Alas, sadly, I had:

“As long as the Nets are allowing Jay-Z to call their marketing shots — what a shock that he chose black and white as the new team colors to stress, as the Nets explained, their new “urban” home — why not have him apply the full Jay-Z treatment?

Why the Brooklyn Nets when they can be the New York N——s? The cheerleaders could be the Brooklyn B—-hes or Hoes. Team logo? A 9 mm with hollow-tip shell casings strewn beneath. Wanna be Jay-Z hip? Then go all the way!”

Really? This isn’t on some 15 year-old’s blog, this is on the website of one of New York’s most widely circulated newspapers (even if it is essentially a tabloid). And it was written by a veteran columnist! No matter what Mushnick’s history of stirring up trouble is, these are some of the most outlandish, obnoxious, reprehensible words you’ll ever see written by a columnist. This is just flat out racist commentary. Mushnick’s jokes about guns are also totally insensitive considering another famous athlete shot himself in the chest this week.

Ed. UPDATE: Mushnick responded to the firestorm coming his way in the most Phil Mushnick way possible in a note to the website Bob’s Blitz:

“Such obvious, wishful and ignorant mischaracterizations of what I write are common. I don’t call black men the N-word; I don’t regard young women as bitches and whores; I don’t glorify the use of assault weapons and drugs. Jay-Z, on the other hand…..Is he the only NBA owner allowed to call black men N—ers?”

Jay-Z profits from the worst and most sustaining self-enslaving stereotypes of black-American culture and I’M the racist? Some truths, I guess, are just hard to read, let alone think about.”

Yes because everyone always ignorantly mischaracterizes poor Phil Mushnick.  He at least deserves an A- for playing the victim.  It’s one thing if you want to criticize Jay-Z and his lyrics, or if you want to criticize his involvement in owning an NBA franchise.  Mushnick could have easily, sensibly done that without going where he did earlier today.  This is someone who knew full well the toxic nature of what he was writing and the controversy that would ensue, and the New York Post is even more to blame for publishing this senselessness.