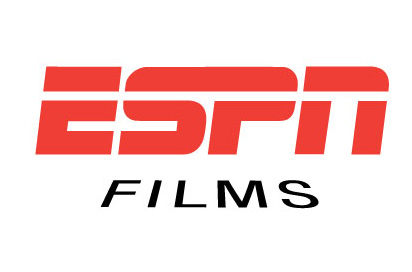 ESPN has done a great job promoting the upcoming documentary about Magic Johnson’s shocking retirement announcement in which he revealed he was HIV positive. Given the Selection Show lead in and historical nature of the subject matter, it’s sure to be a ratings blockbuster. In fact, I know it will be as throughout the last two weeks, almost daily I’ve had a conversation in which someone brought up their anticipation to see it. The majority of those conversations were initiated with comments like this:

(Female voice) “Ben, I would like to come over, cook you a terrific dinner, watch the Magic Johnson 30 for 30, and then makeout in between games of Madden.”

Ok, maybe that last one may or may not be true. Do a Twitter search for some combination of “30 for 30, ESPN, Magic, and The Announcement” and you’re sure to get a good chunk of results that are similar in sentiment.

The buzz is great and you’d be pretty hard pressed to find a sports fan who hasn’t enjoyed ESPN’s new found zeal for well produced documentaries. The problem, well it’s not really a problem, is that this isn’t a 30 for 30. As you see below, the 30 second spot that you’ve seen many times doesn’t mention 30 for 30 at all. That’s been the case in the other nine films that have come out over the last year since 30 for 30 culminated with Pony Excess.

The brand is now 30 for 30’s parent, ESPN Films, but the differentiation is very very murky. The same music, the same narrator, and basically the same exact product (a high end and poignant sports documentary)…

Internally at ESPN there also seems to be some confusion, or indecisiveness on how to brand these films that allow them to piggyback off 30 for 30’s success while building outside the confines of being limited to the 30 film series. Bill Simmons had this to say in a chat in late 2011.

“We’re spinning off the “30 for 30” series next year into something that will probably be called “30 for 30 Presents” or something like that.”

ESPN seemed to move away from that brand extension and settled on “ESPN Films Presents” but opted to keep the 30 for 30 marketing devices of the music, narrator, and the “What if I told you?” hooks, as the core for the marketing campaigns for all new films that debuted in the last year.

Ratings have remained strong, the quality has been impressive although maybe not as consistent, and fans are eating it up.

So while ESPN is struggling to unravel new docs that are “ESPN Films” away from “30 for 30,” there is still a lot of confusion with consumers. The question is if there really is any short or long term implications that are detrimental?

People liked 30 for 30 and people like these new films albeit they’re categorizing them incorrectly in their heads. Is there really a problem if viewers connote new releases with a retired brand that they have affinity towards?

It’s really a tough question and I think ESPN needs to sit down and think about the long term scope of ESPN Films. We highlighted some of the issues going on behind the scenes in our 2012 Sports Media Wish List:

“Even more troubling is the disarray behind the scenes within the ESPN Films group. First, jobs within the group were eliminated. Clinkscales would later become more of an infamous figure as details surrounding alleged disgusting behavior and legal battles hit the blogosphere.

With that in mind we’re wishing for ESPN to circle the wagons and double down on the initiative. A clear vision, a clear marketing/branding strategy, and a visionary to ensure the high quality stays impressive. We’ll volunteer the name of Ross Greenburg, recently departed long time HBO Sports executive to keep ESPN Films growing.”

Thus far in 2012, we have “The Announcement” and ESPN just yesterday announced that later this month ESPN Films will debut their second film of the year “26 Years, The Dewey Bozella Story.” Beyond that, we’re not sure what else is in store. 3 more in 2012? 5 more? 10 more?

If ESPN is going to be in this game for the long haul (which no doubt they should be), ESPN Films needs to start being something that people recognize and get excited about. Living under the shadow of 30 for 30, while certainly a good thing in the short term, doesn’t help you build long term value under that banner.

I’ll give you a couple of examples. I, like many I suspect, had a DVR season pass for 30 for 30. Anything new was recorded, watched, and potentially re-watched later. The new films aren’t tagged  under 30 for 30 and hence I’ve missed a couple.

On your television guide, they’re all just independent of any series. If ESPN wanted to build their ESPN Films brand up, they’d work with cable and satellite operators to have all new documentaries tagged by ESPN Films with an option to DVR as a season pass.

On the DVD side, ESPN did well with the 30 for 30 series but I’m not sure they’re going to have as much traction with the new additions as they don’t feel like part of a collection that people will yearn to get.

If those super smart suits in Bristol have somehow decided they need to keep moving forward on a trial basis with ESPN Films, then I guess the undifferentiated brand dilemma can be figured out later and the 30 for 30 association probably is helpful.

At some point though, if ESPN wants this to be a staple in their programming (which would be something we’d applaud big time), then the programming suits should talk to the marketing suits and figure out a way to build up the ESPN Films brand identity and prestige.

The product is good enough to warrant loyalty from viewers, so it seems wise that viewer loyalty will come to the official brand and not the retired series that we initially fell in love with.