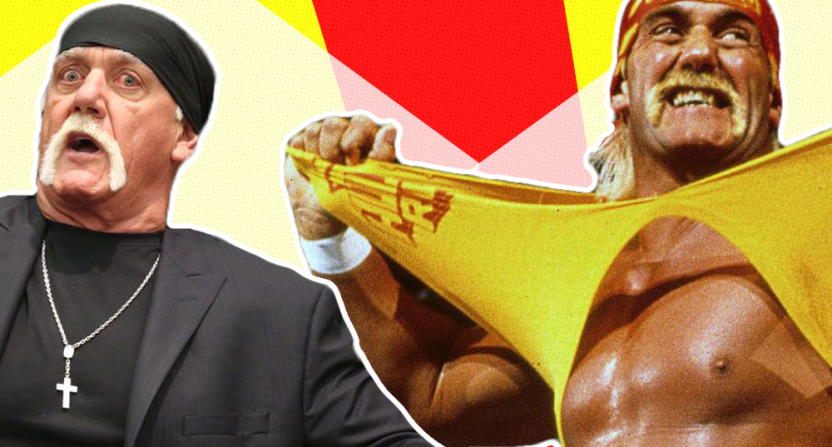 As defined by irrefutable knowledge source Wikipedia, a biographical film (or biopic) is one that takes the actual history of a person or persons and dramatizes them to tell a story about said person or persons. In theory, a biopic usually intends to tell the comprehensive story of a person’s life, “or at least the most historically important years of their lives.”

You can probably think of a dozen biopics that veer from that course. Ultimately there are no hard and fast rules. And it sometimes seems that that’s become truer and we’re seeing more documentaries (Fyre) and biopics (Bohemian Rhapsody) presented as “what really happened” made by people who have good reasons to present biased versions of that story. We often let it slide because the story is entertaining enough as-is, such as with Fyre, or because most audiences aren’t really there for the accurate facts anyway, such as “Bohemian Rhapsody.”

But that need for accountability still has to exist and should be pushed for. Otherwise, we’ll fall victim to an ever-growing crop of biopics and documentaries that tell us what someone wants us to think, rather than what actually happened.

That’s the concern behind the impending Hulk Hogan biopic, which was announced Wednesday by The Hollywood Reporter. Per their report, Chris Hemsworth, best known for portraying a mighty blonde guy who beats people up, will portray Hogan (real name Terry Bollea) in a film directed by Todd Phillips (The Hangover movies, the upcoming Joker film).

On paper, that sounds like a can’t-miss idea. Hulk Hogan was a true icon to a generation (or two) of wrestling fans in the 1980s and early 1990s. He helped legitimize professional wrestling as a billion-dollar business and crossed over to become a legitimate celebrity who appeared in movies, merchandising, and Saturday morning cartoons. He then helped re-revolutionize the business once again by turning heel (a bad guy) in the mid-to-late 1990s for WWE rival WCW, igniting a rating war between the two companies that reshaped the business moving forward.

If that’s all Hulk Hogan did, it would be enough for a decent story about a guy who went from rags-to-riches, almost lost it all thanks to steroids, and reclaimed the mantle despite being a complicated personality behind the scenes.

But that’s not all Hogan did.

As his pro wrestling career fizzled out, Hogan pivoted into becoming a reality TV star, which was a precursor to his divorce, his daughter’s failed singing career, and a car accident that sent his son to jail and left the passenger with brain damage. Then, Hogan was duped by his radio host best friend, who videotaped a sexual encounter between him and the host’s wife. That tape was leaked online in 2012 and Gawker posted it on their site, setting in motion a legal dispute that would alter the online media landscape and raise serious questions about the role of big money in controlling journalism. Around this time, Hogan was also fired from the WWE after a leaked racist rant, in which he says the n-word and, literally, “I am a racist.”

So, yeah, when you add in all of that, it takes what would have been an interesting biopic and makes it an absolutely fascinating biopic. The kind of thing that the writers could really sink their teeth into about the impact one man can have on so many aspects of the culture, positively and negatively. They could get into the paradox behind this man who presented himself as a representation of what it means to be an American but was, behind closed doors, a racist skeeveball. And they could perhaps draw use Hogan as a metaphor for what’s happening now in this country. There’s a lot of ways they could take all of this.

But then you realize that’s never going to happen. That’s because Hogan himself is an executive producer on the film and will also act as a consultant. Furthermore, longtime Hogan friend and collaborator Eric Bishoff is also a producer on the film. So instead of getting the real story about who Hulk Hogan is, we’re going to get a sanitized version of what they want us to see.

“The biopic will not delve into those years or attempt to encompass Hogan’s entire life,” says THR, “Instead, sources say it will focus on his rise and is described as an origin story of the Hulkster and Hulkamania.”

This isn’t a biopic, it’s a rehab job.

Hogan’s reputation is pretty much mud in most circles right now. He’s hated by those who blame him for putting Gawker out of business and allowing himself to be Peter Thiel’s instrument to do so. He’s also hated by those who rightfully think he’s a racist based on his racist comments, which he’s never really apologized for in a true sense. And he’s disliked by some in the wrestling community for having a reputation as an egomaniac who demanded that he always look good instead of helping to put over other wrestlers.

Hogan and WWE have been testing the waters recently to see how fans would react to his return to the company. He’s back on their website and has made multiple appearances on their shows, though not in a storyline capacity. The reaction may have been positive among those in attendance, happy to see their childhood idol return no matter what, but there’s still enough bad PR waiting for them if and when they bring him back fulltime.

That’s what makes a biopic like this so valuable. While the film will undoubtedly touch on some unsavory topics, such as Hogan’s steroid troubles and perhaps fears of being past his prime, it sounds like the film won’t go anywhere near the topics that people actually want to see. You can’t tell a complete story about Terry Bollea without talking about what’s happened to him in the past decade. And you can’t gloss over those topics just to make the claim you mentioned them. But the point isn’t to tell the whole story, the point is to tell the story Bollea wants you to hear.

It sounds like a shame and a real missed opportunity. We did get a Netflix documentary about the Gawker trial and impact but it still feels like there’s more to that story. Perhaps there’s a feature film separate from Hogan’s involvement that we’ll get one day. One that isn’t afraid to show us every side of the man, including the truly dark ones.

In theory, this Hulk Hogan biopic can still be enjoyable. There’s an audience for those who just want to watch Hemsworth put on the yellow gear, rip his shirt off, and tell kids to ear their vitamins. It could still be a decent story. But, as far as it sounds right now, it won’t be the real story.