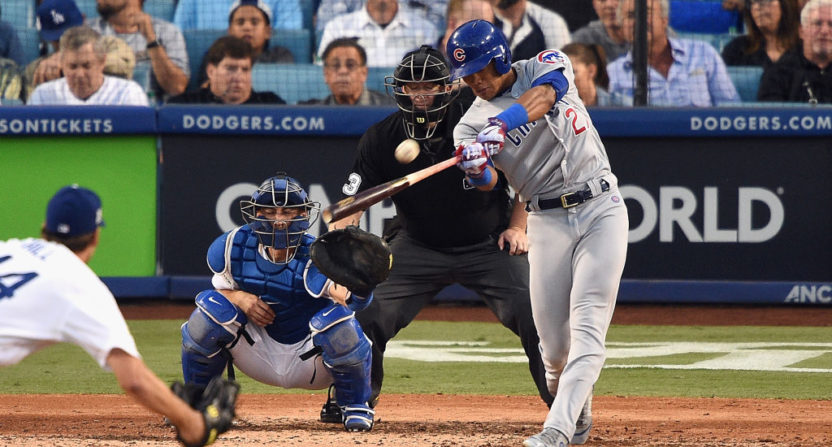 With the Dodgers’ 11-1 win over the Cubs on Thursday to end the National League Championship Series, TBS bowed out of the MLB postseason.

TBS has now been airing postseason games for more than a decade, including the last four Octobers under their current agreement with MLB, which gives them rights to the entire American League playoffs in even-numbered years and the entire National League playoffs in odd-numbered years. And although the network still gets criticism for its production and its broadcast teams, it continues to draw healthy viewership.

Though TBS would surely have preferred the Cubs-Dodgers NLCS last longer than five games, the series drew some big audiences. According to Sports Media Watch, Game 4 on Wednesday garnered 6.8 million viewers, up 16 percent from the Dodgers and Cubs’ Game 4 on FS1 last year (which, to be fair, went up against a presidential debate). It was reportedly the most-watched game of the LCS and third most watched game of the postseason so far.

If you need an easy illustration of how much the Cubs are still driving ratings, these numbers from SI.com’s Richard Deitsch seem to sum it up:

And just like that, no more Brian Anderson and Ron Darling, no more Casey Stern and his crew of All-Stars and no more random glitches in the middle of games… until next postseason. TBS can only hope the Cubs and Dodgers are back then.