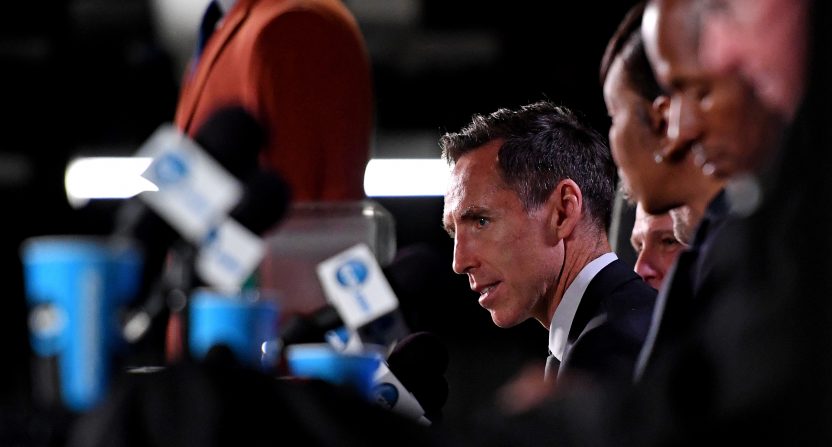 In addition, Nash will be contributing to TNT’s NBA coverage this season, which makes sense considering he’s a former basketball player.

Via a network release:

Steve Nash, a two-time Kia NBA MVP, will be expanding his role with Turner Sports, joining NBA on TNT as a contributor and evolving his season-long presence on B/R Football’s UEFA Champions League coverage.

As to Nash’s soccer work, that will continue as well:

Nash’s UEFA Champions League presence will build on his unbridled passion for the game. The lifelong soccer fan will be featured in live and taped appearances throughout the UEFA Champions League season. The original content packages will range from him interacting with a variety of special guests outside the studio setting, as well as B/R Football commentators.

“Basketball continues to be near and dear to me,” Nash said during a phone interview. “I enjoyed the process of working with Turner and Bleacher Report last year on figuring out the best content and features to produce.”

Nash clearly loves both sports, and while some soccer fans aren’t exactly thrilled about having a former NBA player analyzing the game (in part thanks to years of American media thinking that American soccer fans need to have people like Michael Strahan explain why the Champions League Final is important) Turner clearly believes in him.

Adding Nash to TNT’s NBA crew in spots is also a natural fit; few players saw the game as Nash did, and if he can bring a fraction of his on-court insight to viewers, he’ll clearly be an asset.