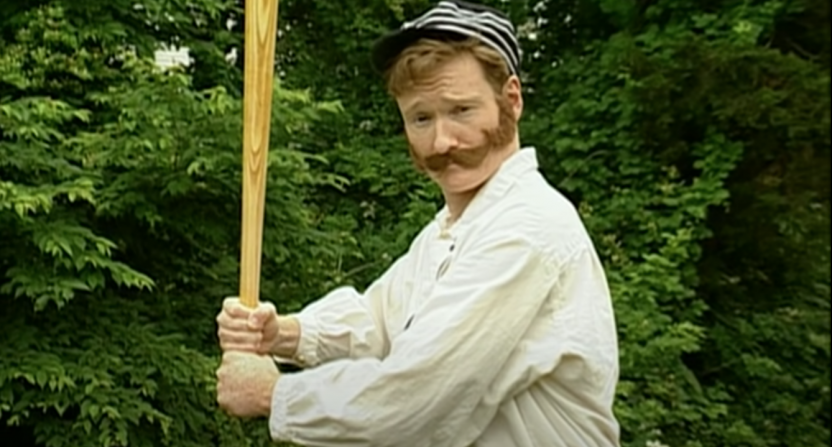 Conan O’Brien is ending his late-night show on TBS. WarnerMedia announced on Tuesday that Conan will finish off an 11-year run next June. Shortly thereafter, O’Brien will launch a weekly variety show on the HBO Max streaming service.

“In 1993, Johnny Carson gave me the best advice of my career: ‘As soon as possible, get to a streaming platform,'” said O’Brien in a statement released to the media. “I’m thrilled that I get to continue doing whatever the hell it is I do on HBO Max, and I look forward to a free subscription.”

(Will HBO Max be available on Roku by then? Maybe O’Brien can push for that during the next six months.)

O’Brien moved his show to TBS after a very public break-up with NBC during which the network attempted to move Jay Leno back into a late-night time slot. Rather than host a diminished Tonight Show that would follow a new Leno program, O’Brien negotiated an exit from NBC. The expectation was that O’Brien would take his show to another broadcast network or even to a premium cable channel but in a surprising move, he signed on with TBS in 2010.

With TBS broadcasting the Major League Baseball playoffs, the network took the opportunity to promote Conan to as wide an audience as possible. Over the previous two postseasons, TBS drew criticism for running constant ads for Frank Caliendo’s Frank TV show during commercial breaks and in-game ad reads. According to the Chicago Tribune, O’Brien was conscious of alienating viewers with a promotional blitz.

The campaign for Conan during TBS’ coverage of MLB’s Division Series and the American League Championship Series may not have been any less pervasive. But it was more creative, particularly with the use of the “Conan blimp.” Not only did the blimp provide aerial footage for the baseball telecasts, but O’Brien recorded several sketches and promos involving the aircraft.

With Conan signing off TBS, O’Brien’s 28-year run as a late-night host also comes to an end.

He held down the 12:35 a.m. ET slot for 16 years, beginning in 1993 with Late Night with Conan O’Brien (replacing David Letterman). Then O’Brien made the ill-fated move to 11:35 p.m. ET and The Tonight Show, a prestigious role that placed O’Brien alongside late-night royalty like Johnny Carson and Letterman. Unfortunately, that didn’t work out very well for him.

Yet for sports fans, Late Night with Conan O’Brien produced a hilariously memorable sketch in 2004. O’Brien had heard about baseball games played at Long Island’s Old Bethpage Village Restoration. But the games re-enacted baseball from 1864 with old-time rules, uniforms, and equipment. Participants even spoke to each other in the vernacular of the era. Here’s O’Brien with the Wabash Mashers:

Whatever happened to the woman who portrayed Nell? She was very convincing as an 1864 woman waiting for her husband to return from the Civil War. Her deadpan delivery and composure provided excellent comedic material (presuming she didn’t need a few takes to nail those exchanges with O’Brien). She made the sketch until O’Brien donned his uniform and mustache.

Maybe O’Brien can bring Nell back for an interview on his podcast, Conan O’Brien Needs a Friend. Those conversations are much more entertaining and in-depth than the short talk-show interviews often intended to promote a movie or TV series.

Hopefully, we’ll see more sketches like this on O’Brien’s new HBO Max show. He seemed bored with the traditional talk-show format of monologue, sketch, celebrity interviews, and musical guest, shortening Conan to a half-hour program last year. Even when he produced funnier, more creative content than his late-night peers, O’Brie had a difficult time standing out in an environment where quick bits suited for social media thrived.

Moving to a streaming platform should allow O’Brien to push comedy boundaries and be even more creative for a devoted audience. But he’ll be missed on late-night TV, even if his viewership seemed to decrease each year.