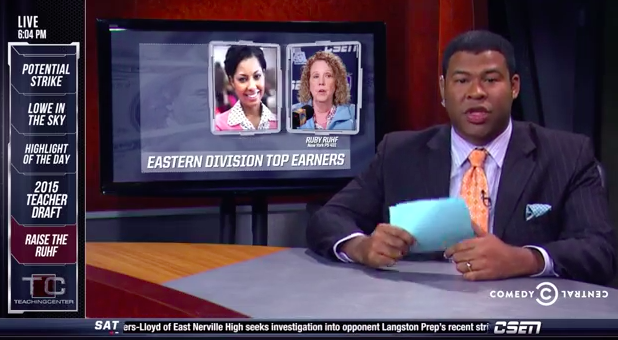 But what if teachers were the ones making millions and being treated as superstars instead of people who play games for a living?  That’s what Key & Peele imagined in this amazing skit TeachingCenter.  There’s even a commercial starring a teacher in a Matthew McConaughey-like car commercial!

Teachers around the nation just got their video idea to get kids excited about standardized testing this year.  Now all I can imagine is what Gruden’s QB Camp would look like if it starred Gruden working through calculus problems with teachers.  He’d be as excited about the chain rule as he is Spider 2 Y Banana.