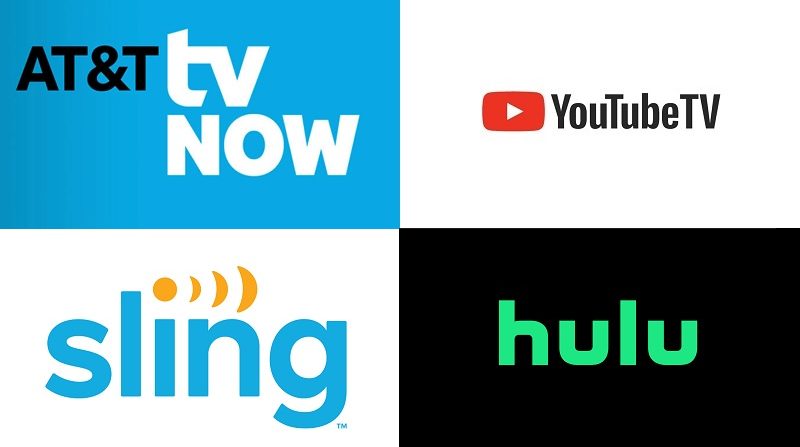 Back in the spring, AT&T TV NOW hiked my price. It was a whopping $10/month, which is actually a lot compared to the smaller fees which get added each month that you barely notice. Do you know the decent bottle of wine I could have gotten with that $10?

So I went shopping for a possible new streaming service provider. While I ended up sticking with AT&T in the long run because of the price I’m grandfathered into, I’m reconsidering once again since some programming is no longer available (NFL Network, for instance). Most programming that does leave the channel lineup is sports-focused, and this past year saw a huge pivot of ownership in sports broadcast rights, most notably the FOX Regional Sports Networks being sold to Sinclair. This means more negotiations, possible dropping of channels, and the gain of others.

It’s hard to keep up, right? Where are you going to find the most live sports content? More importantly, YOUR local sports content? Should you switch, or are you forced to switch? (I’m talking to you, PlayStation Vue customers). Finally going to cut the cord? I broke down each streaming service’s sports offerings as we begin a new decade, just like I did a year ago.

Bottom line: Great price point for less than half of the package AT&T requires for all the additional sports channels. No NFL Network available.

Bottom line: Which network’s channels are more important to you, FOX or ESPN? This is basically how the packages are separated. You’re looking at $45 for both basic packages, plus another $15 for both add on sports packages. And finally, NFL Network is available!

Final price point for the most sports: $60/month

Bottom line: Probably not the best option for the most avid sports fan outside of your local sports viewer. Great price point, and you’re getting the Hulu library included as well.

Final price point for the most sports: $54.99/month

The best bang for your buck with the most sports content is going to be YouTube TV. You can’t beat that monthly price for basically every sports network outside of NFL Network. And that’s not provider problem, that’s an NFL Network problem. Their site is full of providers who are NOT carrying their channel. Those exclusive TNF games aren’t cutting it as any major switching point for a customer, at least not at this time of year.

The worst? AT&T TV NOW. It’ll cost you $124 a month for all the sports content (and still sans NFL Network), and that’s highway robbery. Why is this price point is so much higher?

AT&T TV Now has the luxury of having an immense amount of traditional pay TV subscribers, including their ownership in regional sports networks in certain in markets across the country. The other services don’t. Most of these negotiations for carriage and distribution are being heavily relied on leverage – leverage on the portfolio of content offerings, leverage in the broadcast market, and leverage against competitors.

For instance, AT&T signed an agreement with Marquee Sports Network, the upcoming home of the Chicago Cubs new RSN before its launch, due to the heavy leverage from Sinclair’s hundreds of broadcast stations. Comcast, with over 50% of the customers in the area, has no carriage yet of the channel while its launch date is vastly approaching in February. They have no leverage in the market.

Most streaming services allow for at least three screens at once, which makes sharing your subscription with others easy and affordable. Most screen additions are around $5 each.

If you do lose a channel, whether its sports-centric or something else, call your provider to not only complain but demand a refund for the time you’re missing the channel. I got as much as $15 off my bill a month when I lost my local RSN (this translates to an even better bottle of wine).

Check out your provider’s site more often than just to pay your bill. A lot of the changes on your lineup will be posted on there, and will probably be in small print unless it’s an all-out carriage war. Happy streaming!