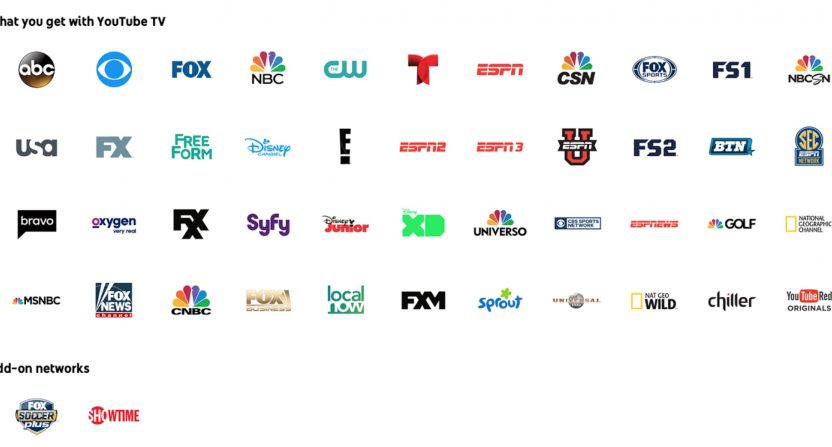 With streaming services popping up, consumers are wondering whether to take the plunge and cut the cord from cable and satellite. And as networks decide which ones are worthwhile and which are not, those who sign up with DirecTV Now, Fubo TV, Hulu TV, Sling TV, Sony PlayStation Vue and YouTube TV notice that not all of the networks that are on their pay TV provider have signed up. For instance, CBS is not on DireecTV Now or Sling, but will be on Hulu and YouTube.

So let’s say Awful Announcing was going to start a streaming TV service that would focus mainly on sports. In this world, our fearless leader Ben Koo would have to negotiate with the networks and decide upon a per subscriber fee that would be agreeable to CBS, Comcast, Disney, Fox, MLB, NBA, NHL, Time Warner and other broadcast groups. It would take a lot of work, but let’s say in our scenario that Ben Koo was successful and managed to bring together the broadcast networks and their many affiliate groups, cable sports networks and the regional sports networks into one service.

LEAGUE-OWNED NETWORKS — some to be add-ons

So with the broadcast networks, cable sports networks, league-owned networks, your local RSN plus the Time Warner networks as the base package, it’s likely to cost somewhere in the neighborhood of $49.99-$59.99/month. And if you summed up all of the add-ons, you’d probably have to shell out well over $120/month and if you wanted to cut the cord due to the high cost of cable or satellite, you might be paying more. But if you’re willing to pay for your sports, this might be for you.

The whole key would be to get this on mobiles, tablets, connected TV devices and computers.

Would this package bring eyeballs to screens? Probably, but could it replace cable and satellite? Not likely, but if someone could bring this to fruition, it would make a sports fan dream come true.

Which networks would you want? Which would you not want? Let us know in the comments below and on social media.