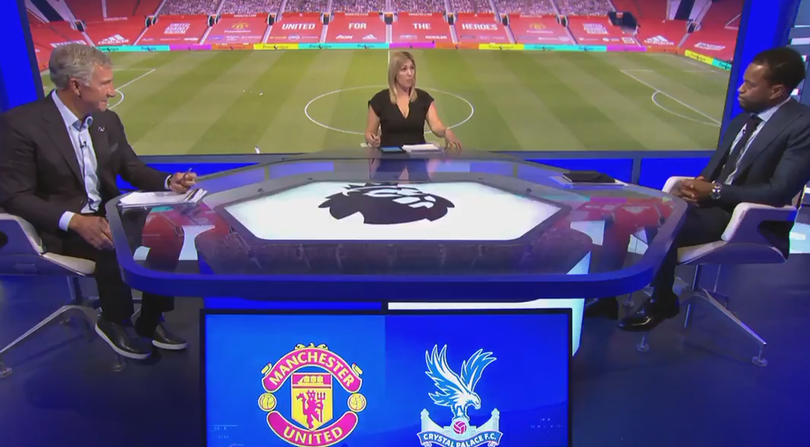 During his playing days, Patrice Evra was a key cog in the Manchester United machine, helping them to win five Premier League titles and a UEFA Champions League, amongst other trophies. So it’s no surprise that he might favor the side a bit when calling one of their matches. What might be a bit surprising is what he’s willing to discuss on the air.

Saturday, he was a studio commentator for Sky Sports during Man U’s match against Crystal Palace, which featured the return of Wilfried Zaha to Old Trafford. Zaha’s stint with United is seen as something of a disappointment following a £10m transfer from Palace back in 2013. After only making four appearances, he was sent back to London.

In discussing Zaha’s return, Evra started out by noting that Crystal Palace made a lot more sense for the forward. However, his reason for why things didn’t work out in Manchester take a bit of turn.

“We all know Wilfried Zaha is better than Crystal Palace, with all due respect, he’s such an electric player,” said the United legend, who then dropped the bombshell…

“I think what ruined his career for Manchester United is when he had this true or untrue affair with David Moyes’ daughter.

“Because I remember in pre-season he was playing in every game, but when that news came out… he was out of the game and he disappeared.

Evra is alluding to an alleged affair between the player and Lauren Moyes, which has been strongly denied by Zaha. He has said in the past that he has ‘never even met’ his former manager’s daughter.

At the moment, Sky Sports anchor Kelly Cates responded by saying “we don’t know the background to that story, so probably best leave that one for now.” However, the mention of the allegations prompted Sky Sports to issue an explanation and apology later on.

For what it’s worth, Zaha kinda proved Evra’s initial point correct as he looked like his old self, scoring two goals and leading the Eagles to a 3-1 win over Man U. So credit where credit due on that front. Just, you know, stick to what you can prove next time, Patrice.