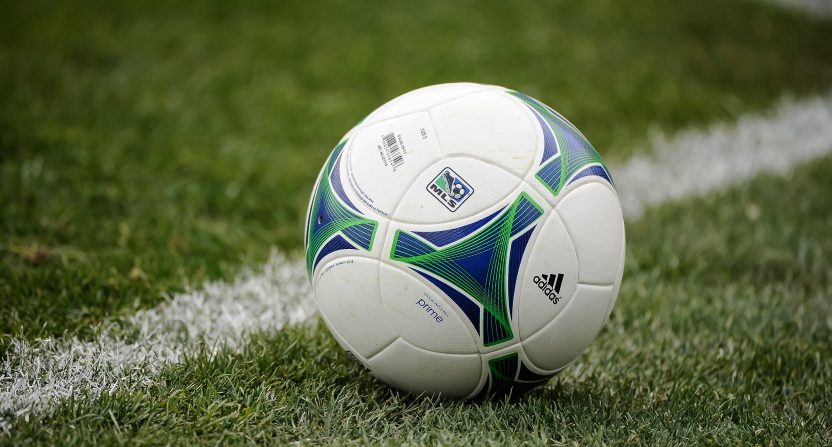 Almost every sports league is trying to find a way to increase television ratings. In an age with more cable and satellite channels than ever before, and more non-traditional outlets like Hulu and Netflix, there’s never been more competition for eyeballs. The mass proliferation of viewing options means that there’s naturally going to be fewer viewers for each singular one. Even the most elite of live sports rights aren’t immune when the NFL is trying to find a way to increase viewership after declines last season.

But when it comes to MLS ratings, there always seems to be a larger sense of urgency than any other league when it comes to the television product. MLS ratings are relatively small compared to other professional sports leagues, in spite of the popularity at the turnstiles across the league and the American soccer boom. The continual expansion into new markets and new teams is another sign that the league is growing and growing with no signs of slowing down.

TV ratings are the white whale for the league, though. MLS has seen some positive signs of growth since signing a more synergized rights deal with Fox and ESPN. However, viewership still sits in the low six figures and MLS is still regularly outdrawn by the EPL and Liga MX. To put it in perspective, this year’s ESPN opener drew 462,000 viewers for a match between Orlando and NYCFC. Tottenham-Arsenal last week drew 674,000 viewers. Other MLS games barely crack 100,000 viewers.

So not surprisingly, MLS is exploring ways to improve ratings. Via World Soccer Talk and Sports Business Journal, the plan includes gimmicks and ideas we’ve seen many times before – mics on players and coaches, increased access to the locker room and team huddles, and more media promotion. However, WST is pessimistic that these changes will have an effect.

1. Putting cameras in the locker rooms before the game,

3. Putting microphones on coaches during games, and

While the changes are welcome, they will do nothing to improve MLS TV ratings. The reason why soccer fans are not watching MLS isn’t because of a lack of locker room access. Nor is it because the coaches aren’t mic’d. It’s because the league structure is fundamentally flawed. What’s the point of watching an 8-month regular season when 54% of the teams qualify for the playoffs? What’s the incentive for the viewer to watch these broadcasts? Plus why are the biggest games of the season scheduled at the same time as NFL games in the fall? These are just a couple of the issues that severely limit MLS TV ratings, but neither of them have been addressed in MLS’ new initiatives to improve their numbers.

Others chimed in on Twitter that there were larger issues at play like the lack of a promotion-relegation system or the need for better and bigger star players in the league.

My #MLS strategic plan for TV ratings… 1. Start creating and encouraging an environment for a quality product. 2. See # 1. #ProRelforUSA https://t.co/BxIvGtcelq

Your answer to fixing MLS TV ratings. Buy better players. And make playoffs harder to get into https://t.co/xs7YjctGlq

@NewSoccerFan1 @wsoccertalk Want to see #ProRelForUSA for sure, but poor soccer is biggest problem, not parity. If MLS had parity w/ La Liga quality, ratings would soar

Want better TV ratings in MLS? Buy Javier Hernandez and Carlos Vela, and if Bob Kraft tries to stop you tell him too bad.

Pretty much all of the changes MLS are talking about doing are cosmetic. In fact, I wouldn’t even call them “strategies” for improving ratings, they’re more “small changes to make the television broadcasts slightly more intriguing.” Although it sounds silly, the only one that might make a real difference are the “media car washes” because at least that’d be actual promotion for the league. Yes, it might be weird thinking about Michael Bradley sitting down for Mike & Mike and First Take, but any nationwide promotion the league can get is priceless.

But maybe the most important point to make at this point is this – it’s going to take time. It’s going to take a lot of time. MLS is still a relatively young league with now an increasing percentage of their teams generating local fanbases from scratch, let alone national followings. And when there’s so much soccer on television competing with MLS, it’s going to make the road to ratings improvement even harder and longer. MLS isn’t just competing with the NFL and NHL and NASCAR – they’re competing with the EPL and Bundesliga and Liga MX. And when a soccer fan has already watched the best players in the world play an EPL game at 10 AM in the morning when there’s no other live sports on, it’s going to be extra hard to get them to come back and watch another game several hours later.

MLS will only see significant growth on television when two things happen – their fanbases grow locally and nationally and the quality of play continues to improve. This may be decades we’re talking about. When MLS can sign players like Romelu Lukaku instead of Frank Lampard, then ratings will improve. When Minnesota United becomes as well known as the Minnesota Wild, then ratings will improve.