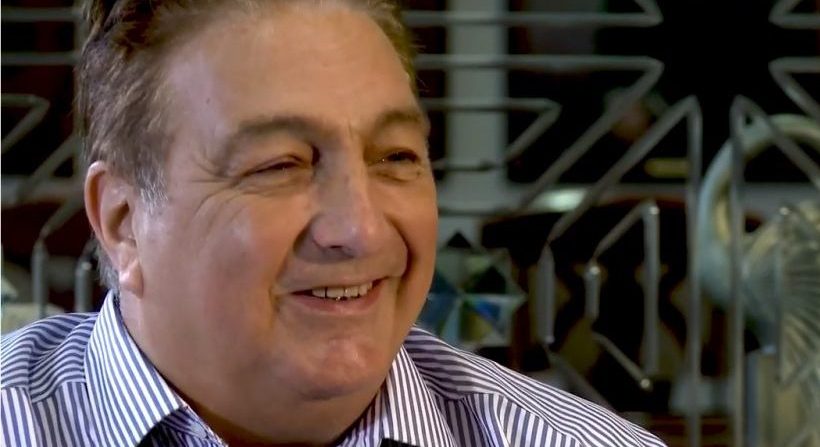 It’s been a hard few months for Bob Valvano. In February, he spoke to AA about battling monoclonal B-cell lymphocytosis (a possible precursor to leukemia) and back issues. Now, the long-time ESPN broadcaster and ESPN 680 Louisville radio host is taking time off to address some health issues. He spoke about that on his ESPN 680 show (“The V Show”) Tuesday, starting at around the 38:30 mark. Here’s a transcription of some of his key comments from that clip:

“This is something, I don’t know what it is, but it’s not good. I’ve had terrible back problems that go all the way back to last October, and it got to a point about a week ago where it was worse than anything I’d ever gone through, including my heart attacks. Honest to god, it made my heart attack look like a walk in the park. It was terrible. I still don’t really have answers for that.”

Shortly thereafter, Valvano provided some further details on what he’s dealing with.

“Something’s going on, and I don’t know what it is. My head hurts, I’ve got pain in my stomach, my back is awful, I have a heart situation, I’m exhausted all the time. And then this last episode with the drugs scared the crap out of me, really, really scared the daylights out of me.”

And he then went on to discuss what he’ll be doing during his time off.

“This is the last show I’ll be doing this week. I’m taking off the rest of this week. Friday, I have to go to the heart person, and I’m going to take all of next week also. Monday, I go to the back person. And I’m trying to get a schedule to get some blood work done that has to be done. Those of you that know, I had a leukemia scare a few years ago, and I don’t know if this is related to that. I don’t know anything about anything. I just know that I’m taking too many pills, and I feel awful, and I’m in pain, and this is no life. This is absolutely no life.”

“And it’s not fair to anybody, including you the listener. …It’s just taking, the effort it takes to do the show is ridiculous. It’s like I’m lifting heavy boxes. And it shouldn’t be like that. It’s fun, we’re talking sports, I’ve done this for years, I like doing this, and to have this, to go through this has been humbling, and a little frightening, and not fun. So we’re going to try and get some answers. …This is not a life. The quality of life is not what it should be right now.”

It’s certainly unfortunate to see Valvano struggling with these health issues. Hopefully he’s able to find some resolution there and return to his role on the air.