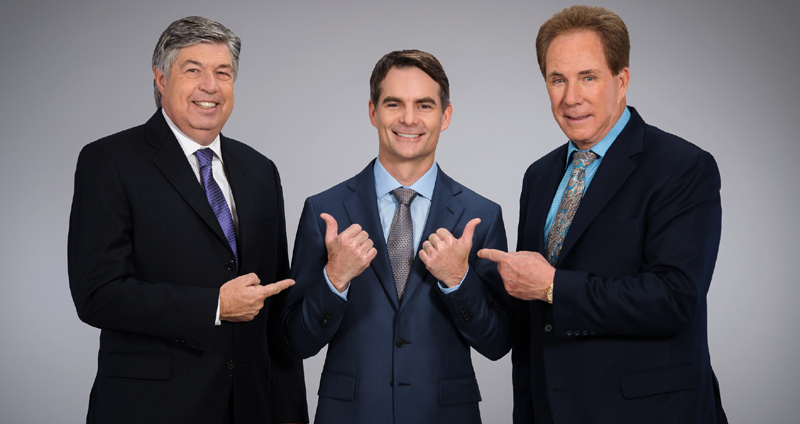 It seems that Jeff Gordon will be sticking around on Fox’s NASCAR broadcasts for some time to come. Gordon started by calling a few Xfinity Series races in 2015 while still driving, then joined Fox’s main NASCAR broadcast the following year after retiring. He’s spent the last three years calling races alongside play-by-play announcer Mike Joy and analyst Darrell Waltrip (with longtime Fox analyst Larry McReynolds serving as an additional analyst), and Gordon told Motorsport’s Jim Utter it was a “no-brainer” to stick with Fox, citing that group as part of the reason why:

“It was a ‘no-brainer’ for me, even more so this time around,” Gordon, 47, told Motorsport.com. “The first time, I didn’t exactly know what I was getting myself into. I didn’t know whether I was going to be any good at it, if I was going to enjoy it.

…“They’ve become like family to me,” Gordon said. “I’ve really enjoyed working with them. I saw DW a few weeks ago and had that little snicker and smile on his face and I had the same thing.

Gordon’s work on the Fox broadcasts with Joy and Waltrip (seen above with him) has generally been praised, and it makes sense that they’d want to keep him if he wants to stay. That isn’t necessarily forever, as Gordon also told Utter he’s had talks with team owner Rick Hendrick about a larger role at Hendrick Motorsports and said “I think that there may be that role in the future, I think it’s probably very likely.” But for now at least, he appears content to keep calling races. And that’s a boon for NASCAR fans who enjoy him on the broadcasts.