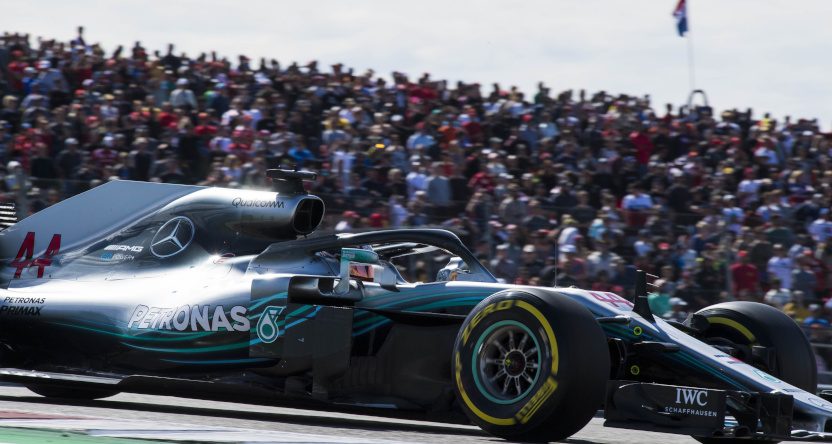 ESPN is staying in the Formula 1 game. They took over F1 coverage in 2018 from NBC, and got off to a bit of a rocky start (especially when it came to commercial interruptions), but then switched to the commercial-free broadcasts fans expected and maintained that approach this year, also adding extra Sky Sports pre-race coverage on their digital platforms. And now, they announced Friday that they’ve signed a new three-year deal with F1, which will keep all F1 races airing live (a simulcast of Sky Sports’ coverage) on ABC, ESPN or ESPN2 through 2022 (plus practice sessions and qualifying live and in replay on digital platforms) and will add Spanish-language coverage on ESPN Deportes starting in 2022. Per comments in the release, both ESPN and F1 are pleased with the numbers ESPN’s F1 coverage has been drawing:

“When we brought Formula 1 back to ESPN two years ago, we had faith that Formula 1 fans in the United States would support the coverage,” said Burke Magnus, ESPN executive vice president, programming and scheduling. “That faith has been rewarded many times over, and we greatly appreciate how fans have responded in record numbers.

“We’re also delighted to add Spanish-language rights to this new deal,” he said. “This provides us with a unique opportunity to serve Hispanic Formula 1 fans across ESPN platforms in English and Spanish.

“We look forward to continuing the relationship with Formula 1 and working together to build the sport in America.”

…“Our partnership with ESPN has delivered a 19 percent increase in viewership across the US and we are delighted to extend our partnership through to 2022,” said Sean Bratches, Managing Director, Commercial Partnerships at Formula 1. “The U.S is one of our key focuses for growth and ESPN know and understand the US Sports audience like no one else. The combination of their dedicated coverage and Formula 1’s amazing racing spectacle is a perfect partnership for us to build on our recent success with US audiences.”