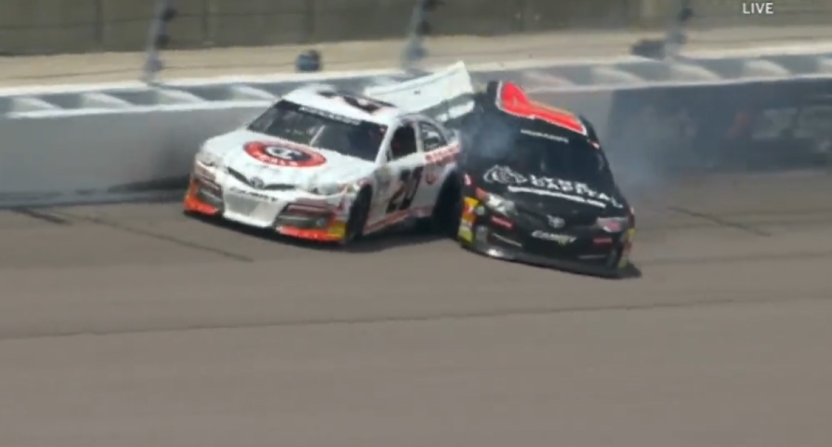 Full disclosure: I was completely unfamiliar with Billy Venturini until today.

That’s despite a fairly long history watching American motorsports; I grew up a huge NASCAR fan, and I’ve attended multiple local dirt track races. Admittedly now most of my racing attention goes to Formula 1, but that doesn’t mean I can’t appreciate a good stock car event. But ARCA is usually a few levels beyond what I’d even put on for background noise, which means I obviously didn’t see this interview with Venturini live.

Fortunately others did, and captured it for posterity, because what an absolutely incredible thirty seconds of television.

we’re ALL fired up here in arca pic.twitter.com/dwKU36mUcp

“Drew wrecks all your shit when he’s driving for ya and he wrecks it all when he’s racing against ya…just pure lack of talent. Great kid, does not need to be a race car driver. He’s got a lot of other things, he’d probably be able to make a good living.”

Digging into the backstory it’s even better; Drew Dollar, the driver Venturini is going in on here, used to race for Venturini. That means this is a crew chief saying a former driver should be doing anything other than driving professionally. Even Wikipedia took immediate notice:

Motorsports offers a character that might be unique across sports: the brash, fast-talking angry personality fired up after a wreck. There’s just something so completely frustrating about someone else’s mistake taking you out of an event before the finish; other sports don’t have that. Sure, there might be angry moments with players or coaches postgame, but that’s still different to not being able to actually complete the game/event. It’s a special kind of anger.

Venturini is a perfect distillation of that character, looking like Jason Isbell’s cousin and sporting the exact accent you’d hope he does. He’s not new to this, either; here he is from his driving days in similar moments.

Just tremendous television, maybe even better without any of the actual context.

If there’s some way we could Ted Lasso him into the world of F1 to see how mad he’d make Christian Horner, we should find a way to do that ASAP.