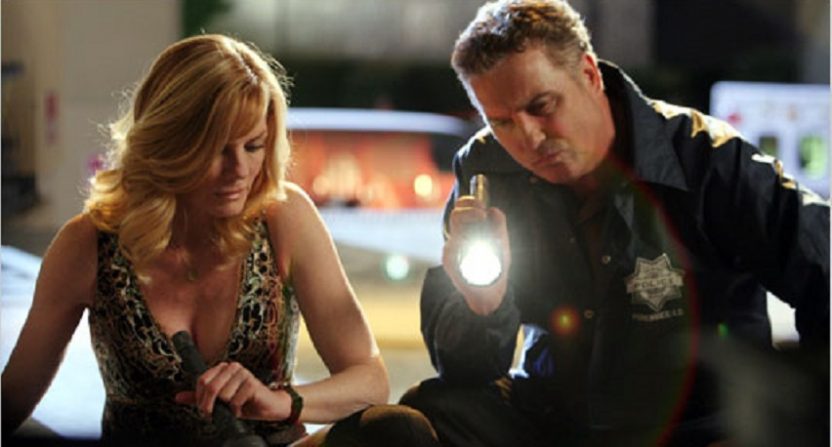 Sports Illustrated is looking to make a push into television with true crime being the delivery system. And when you’re talking about crime on TV, why not get into business with the man who made CSI a hit television franchise, Jerry Bruckheimer?

Bruckheimer’s production company, Jerry Bruckheimer Television, and Sports Illustrated are collaborating on an unscripted TV series that will follow true-crime stories involving people from the sports world. The series will be titled “Sports Illustrated: True Crime” and is currently being shopped around to television and streaming outlets, according to Variety‘s Cynthia Littleton.

So why Bruckheimer and not, say, Mr. Law & Order, Dick Wolf, who’s also brought plenty of crime investigations and procedurals to TV? Bruckheimer and Time, Inc., the parent company of Sports Illustrated, are both represented by CAA. Nothing like having everyone under the same umbrella. As Littleton also points out, this is another example of Time, Inc. making a push into unscripted TV series and documentaries. This announcement follows the news that People magazine is teaming up with ABC for a two-night, four-hour documentary on Princess Diana scheduled to broadcast in August.

Though Bruckheimer is best known for fictional, dramatic depictions of crime investigations on TV, the “true-crime” aspect of the Sports Illustrated series will be a key. Each episode will be filmed with a documentary approach, and there are no plans to have events re-enacted or other tropes that many of these sorts of shows follow. It’s also possible that if a particular story warrants a multiple number of episodes, the story could be spun off into a separate series.

For an idea of what the show might look like, Sports Illustrated and FS1 teamed up for a three-part investigative feature on the 2010 murder of former NBA player Lorenzen Wright two years ago.

As you can see, the FS1 piece involved no re-enactments or docu-drama elements. Everything in the Lorenzen Wright feature was from interviews, original reporting and archival news footage.

Getting involved with a sports-related project seems like a natural fit for Bruckheimer, who’s a regular at Los Angeles Kings games and worked with the NHL in the past. The producer told Variety that he’s been eager to get into the sports documentary space after being impressed by films such as ESPN’s O.J.: Made in America. As a reader of Sports Illustrated, he became intrigued by the magazine wanting a television outlet for its journalism.

No word yet as to when or where Sports Illustrated: True Crime will be seen, as the project is currently being shopped around. Given the timetable, however, it’s possible that episodes could be seen by this fall or winter.