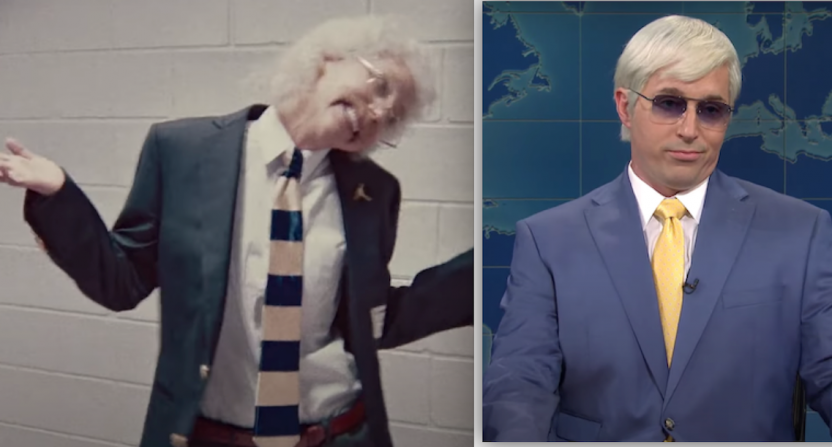 It’s been one year since The Last Dance, ESPN’s 10-part Michael Jordan documentary, finished up its five-week run on the network. The docuseries was moved up to April from its originally scheduled June premiere to fill the void left by the COVID-19 sports shutdown, rescuing quarantined fans starved for fresh content.

Yet The Last Dance is still fresh in sports culture, thanks to frequent memes, references, and viewers watching (or rewatching) on Netflix. So it was really the ideal time for Saturday Night Live to spoof the documentary with an “extended scene” using footage cut from the finished product.

One of the breakout stars of the series was Jordan’s security guard John Michael Wozniak, who was seen beating the basketball legend in a game of quarters and memorably imitated Jordan’s shrug from the 1992 NBA Finals. The SNL sketch shows that the infamously competitive Jordan took that loss personally.

Not only did Jordan (played by guest host Keegan-Michael Key) try to get back the five dollars he lost, but he wanted to crush Wozniak’s spirit by winning again and again with escalating stakes. Check it out:

Heidi Gardner might be the best performer on SNL right now and does great work portraying Wozniak as the poor guy gets trapped by Jordan’s competitiveness, his belongings and dignity stripped away with each subsequent game. Key also conveys Jordan’s merciless nature well, while also showing someone so wealthy no longer realizes how much $5,000 would be to someone with a regular job.

Also, impressive “deep fake” work in putting Key’s face on Jordan in real archival footage. Kind of creepy! And Kenan Thompson showing up as Charles Barkley brought a light note to a sketch that got kind of dark as it progressed.

Related: The Last Dance is really damn good and a much-needed escape

SNL hit on a more current sports story during the “Weekend Update” segment by bringing on embattled horse trainer Bob Baffert (Beck Bennett) to defend himself amid Kentucky Derby winner Medina Spirit testing positive for a banned substance and allegations that his success isn’t legitimate. Watch the clip below:

Costuming does a lot of work here, but Bennett nicely captures Baffert’s creepy arrogance and duplicitous demeanor. It’s all in that malevolent smile betraying the supposed truth behind contrived excuses outlandish scenarios explaining “horse stuff.” The guy is also kind of handsy!

OK, the bit devolves into easy jokes about steroid use with goofy images of an overmuscled Medina Spirit sporting huge arms and washboard abs, while hitting his 73rd home run. But sometimes, the obvious jokes have to be made.

Unfortunately for Baffert, Medina Spirit finished third in Saturday’s Preakness and will not win horse racing’s Triple Crown this year. He also faces possible disqualification for his horse and losing the 2021 Kentucky Derby title if a split-sample test holds up Medina Spirit’s positive drug exam result. If that happens, maybe Baffert will return to “Weekend Update” and repeatedly touch Michael Che’s hand again.