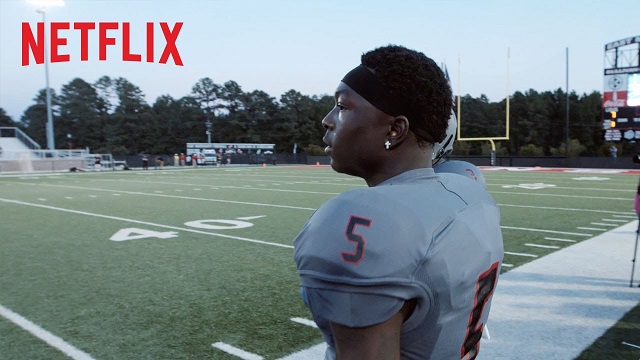 The debut season of Netflix’s Last Chance U went about as well as anyone could have asked. The East Mississippi Community College team featured a collection of star players with personalities that complemented each other, a likable counselor to tie all their stories together and more than enough drama to keep the show exciting. As a result, Last Chance U was one of the most compelling TV series of 2016.

Now all Netflix has to do is repeat all that for Season 2.

On Friday, Netflix tweeted that Last Chance U will return on July 21. The second season was first announced last summer.

For those who don’t know, Last Chance U follows the junior-college EMCC football team over a single season, homing in on specific players with big potential or interesting backstories. The show’s first season was widely acclaimed.

Director Greg Whiteley once again oversaw Season 2, according to The Hollywood Reporter, so the new set of episodes should have a similar a similar feel to the ones we saw last year, but it’s almost impossible they’ll be quite as good.

The big question entering the new season is the status of Brittany Wagner, the academic counselor who became the star of Season 1 thanks to her Tammy Taylor-esque touch with the profiled football players. Wagner announced in February that she was leaving EMCC after eight years to become sales and marketing director at Newk’s Eatery in Birmingham. It’s unclear what, if any, role she played in Season 2.

Beyond the Wagner question, we’ll have to see whether Last Chance U can recapture the magic it found in D.J. Law, John Franklin III and, above all, Ronald Ollie. The players profiled in Season 2 will need to be just as compelling for the episodes to be nearly as rich as those from the first season. And even if they are, it’s safe to assume there won’t be quite as many fireworks as we saw last year, when the EMCC team (and coach) was involved in multiple dust-ups and one massive brawl.

Then again, Season 2 of Last Chance U can be a good deal worse than Season 1 and still be truly excellent.