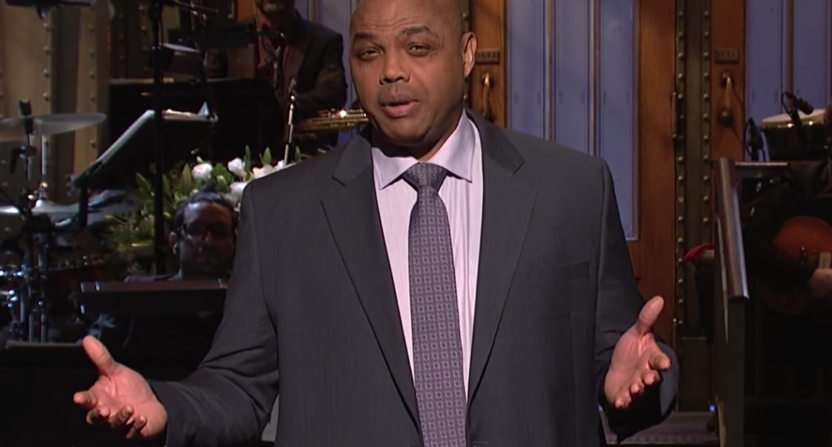 Charles Barkley hosted Saturday Night Live for the fourth time this weekend and if there was one segment where the outspoken NBA analyst and Hall of Famer might shine, it would likely be in his opening monologue.

Rather than having to act out a skit and voice words that someone else wrote, Barkley could be himself during the one part of the show where SNL allows its hosts to speak their minds. And he did not disappoint, speaking out against the idea — recently voiced by Fox News’ Laura Ingraham against LeBron James — that athletes should just stick to sports and not comment on the culture in which they live.

Depending on the host, the opening monologue can be a scary three to five minutes for the show and performer. Can he or she be funny? Will they be comfortable out there alone on stage? Will the monologue seem too wooden if the host is obviously reading off cue cards?

Barkley didn’t waste any time in defending himself and fellow athletes who are increasingly speaking out and demonstrating on social and political issues. Take a look:

“I’m an athlete and athletes have been speaking out a lot this year,” said Barkley. “They’ve been kneeling during the anthem, refusing to go to the White House. But a lot of professional athletes are worried about speaking out, might hurt their career.

“Here’s something that contradicts all of that: Me. I’ve been saying whatever the hell I want for 30 years and I’m doing great.” Sports has a long tradition of athletes speaking out, which includes Muhammad Ali and Jim Brown.

Barkley went on to joke that he has no idea how he’s now hosted SNL four times, other than producer Lorne Michaels wanted someone to talk to about Black Panther. If and when Barkley is invited back to host, he’ll join the exclusive “Five-Timers Club” that includes celebrities such as Tom Hanks, Justin Timberlake, Dwayne Johnson and Steve Martin. Even Barkley would likely admit he’s the one who sticks out among that group. 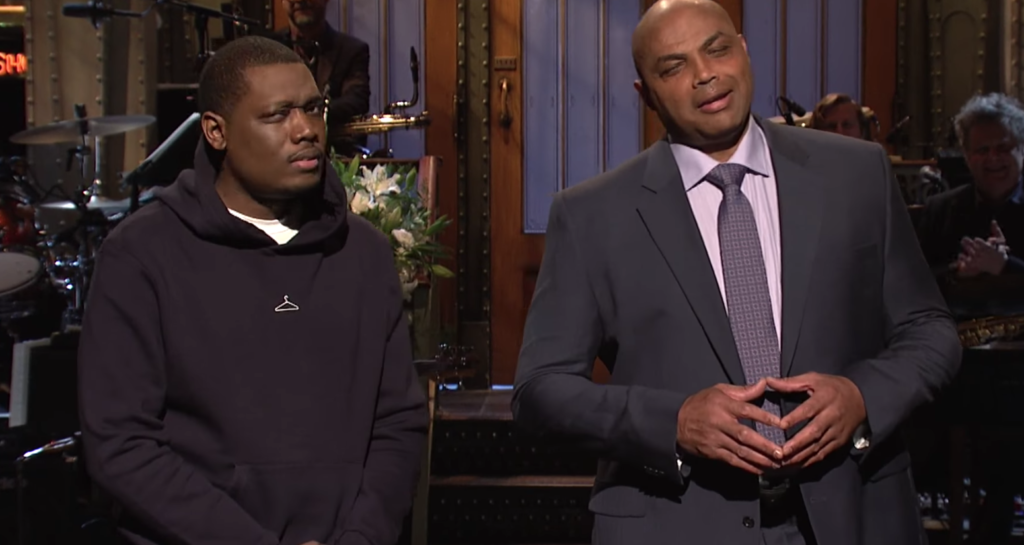 “But some people don’t want to hear from professional athletes,” Barkley continued. “Like this lady on Fox News who told LeBron James to shut up and dribble. And dribbling’s like only the fourth thing LeBron’s good at. Shooting, passing, and magically making his hairline come back.”

Barkley went on to criticize Fox News for the time it called President Obama’s birthday party “a Hip-Hop BBQ.”

Not a bad performance by Barkley, though! SNL cast member Michael Che came on stage to help him bring the monologue home, but the show didn’t have to resort to its usual tactics for helping hosts, such as audience Q&As, a backstage tour or a musical number. Charles Barkley is just fine being Charles Barkley, and SNL knows it.