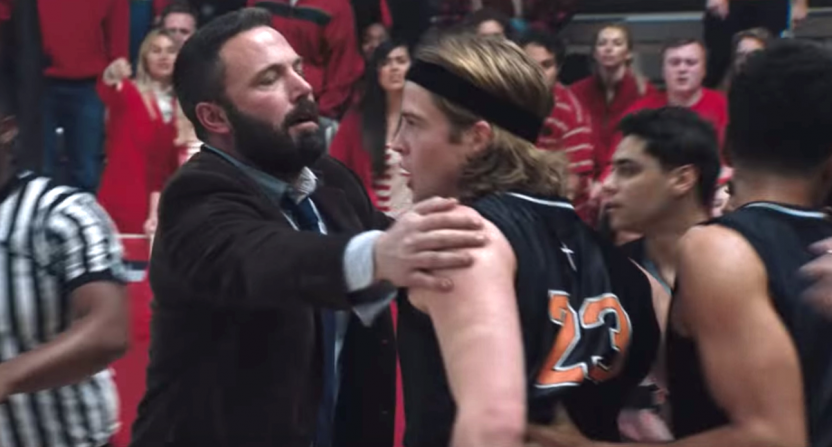 Is the combination of Ben Affleck and high school basketball something that will get you to movie theaters in March?

Warner Brothers has released a new trailer for The Way Back, starring Affleck as Jack Cunningham, a construction worker who was once a high school basketball star. Whatever future success Cunningham may have had in the sport is stunted when he shockingly walks away from a college scholarship.

As an adult, a family tragedy pushes Cunningham into alcohol addiction, which costs him his marriage. But he gets an opportunity for redemption when offered the head basketball coach position at his alma mater.

Check out the trailer:

Based on its trailer, there’s a chance The Way Back could be awful, especially in the dramatic scenes depicting Cunningham’s self-destructive tendencies with alcohol. (Knowing Affleck’s real-life struggles with alcohol and rehabilitation, it’s also slightly uncomfortable watching him dramatize that on screen. No word if Affleck’s massive back tattoo will be incorporated into the story.)

But this could also be an inspirational sports movie (almost certainly with a feel-good ending) which provides an alternative to the loud, violent spectacles that will also be in theaters at the time, such as Birds of Prey, Fantasy Island, Sonic the Hedgehog, and The Invisible Man. (Godzilla vs. Kong is set to be released the week after The Way Back, as well.) If the basketball sequences are good, that could appeal to sports fans, while the character drama tugs the hearts of most viewers.

Director Gavin O’Connor has shown he can create a compelling sports movie. He was behind the camera for 2004’s Miracle, which retold the story of the 1980 U.S. Olympic Ice Hockey team, and 2011’s MMA drama, Warrior. Both movies were seriously underrated (especially Warrior) and if The Way Back is anywhere near as good as those, it could be worth seeing. O’Connor and Affleck worked together in 2016’s The Accountant. 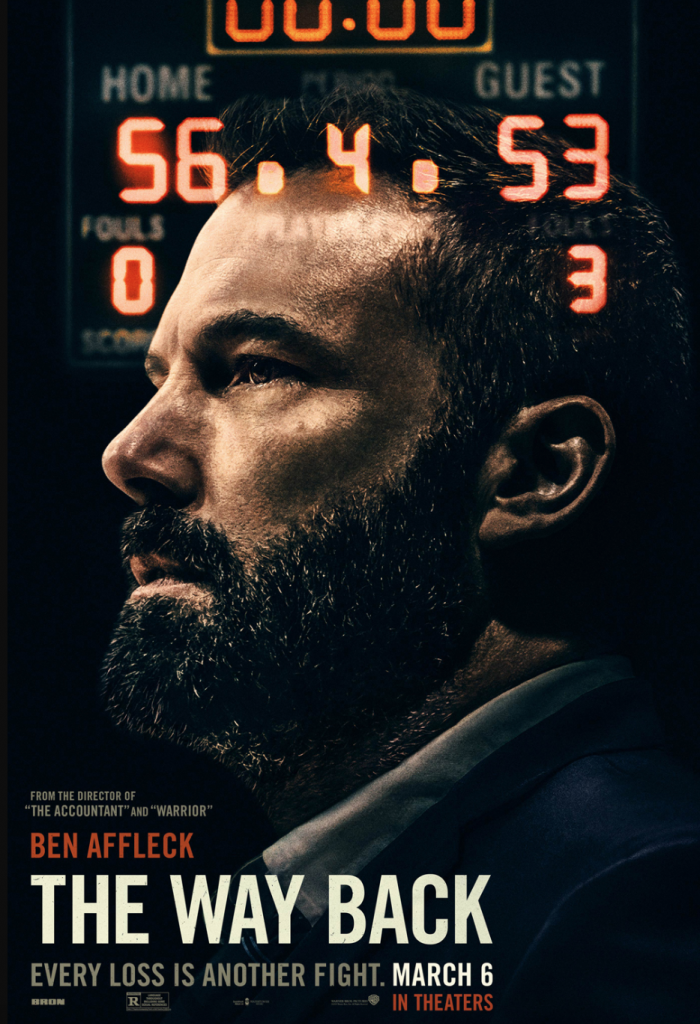 The decision to release this movie in March looks questionable, however. There will be plenty of real-life basketball drama available during the March Madness of conference tournaments leading into the NCAA Tournament. Will people really want to see a dramatized, basketball-related movie around the same time? (For comparison, Hoosiers was released in theaters on Nov. 14, 1986.)

The Way Back hits theaters on March 6.