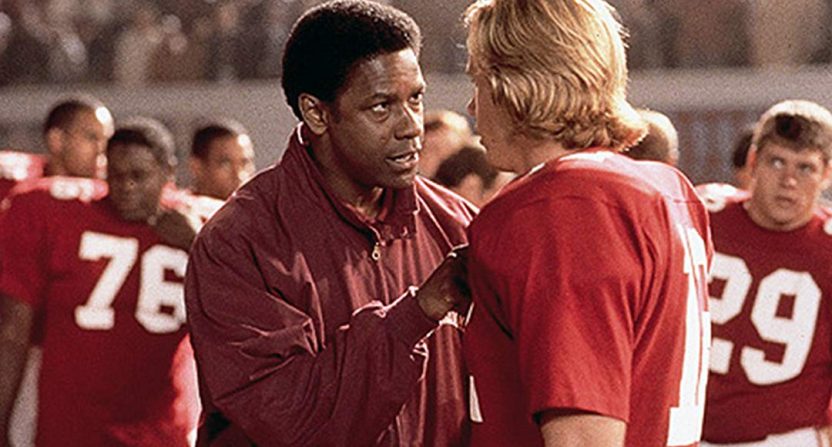 Disney launched its long-awaited streaming service, Disney+, last week with so much fanfare and anticipation that the platform essentially crashed due to presumably millions of viewers trying to access all of that content at the same time. But after that initial stampede through the door, everything settled down and people have been able to enjoy the numerous TV shows and movies Disney+ offers.

While the service’s new, original Star Wars series, The Mandalorian, is getting most of the attention, plenty of viewers are heavily dosing on nostalgia, gobbling up Pixar and Marvel movies, Star Wars films, and plenty of Disney TV series, cartoons, and classic films.

Sports movies have been a big part of the Disney fairy-tale formula through the decades, either with real-life stories of triumph or fantasies that fulfill the athletic dreams of children and adults alike. And there are plenty of sports movies available on Disney+, some which fans will consider classics and others that, well, could be a decent way to fill an hour or two — especially with kids.

We’re ranking the 10 best sports movies currently on Disney+, which leaves plenty sitting on the sidelines. If you’d like to argue otherwise, please let us know in the comments or on social media. But we’re going to dismiss the following 10 films that are also available on the service. Some may love these movies, but they won’t be mentioned in discussions and arguments about the best sports movies ever. No offense intended, Cloud 9. 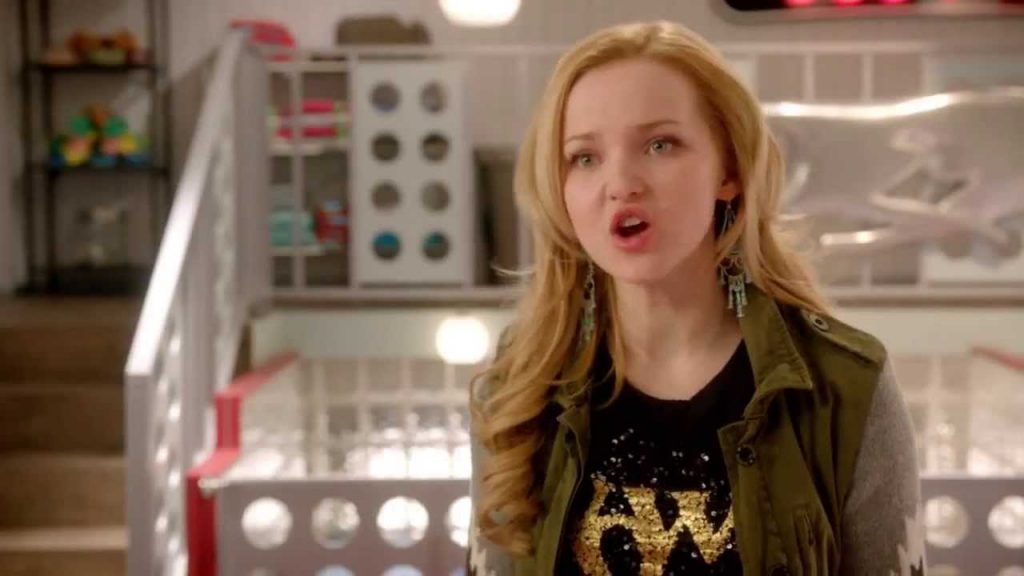 With the second-team out of the way, let’s get to the 10 best sports movies you can watch right now on Disney+. There’s comedy, drama, suspense, and inspiration among each of these films, some completely fictional, others based on true stories, and a couple which depict real-life events with all of their thrills. Some big stars get to shine here too.

The Game Plan might not be any better than the 10 movies we opted to keep off this list. But it does have Dwayne Johnson earlier in his career before he became a global superstar and brand, with hair and less bulked-up. If you’re charmed by The Rock and think he’s a cool guy, he’s really the only reason to watch this. Director Andy Fickman ended up making the same movie — a big, tough, macho man makes major life adjustment and softens up when he has to take care of a child — 12 years later with John Cena in Playing With Fire.

Save your “Electric Boogaloo” jokes, please. Running 26.2 miles in under two hours is something no runner had done before. Maybe it was an achievement no human being was capable of achieving. But if one runner could break the two-hour barrier, Kenya’s Eliud Kipchoge looked like the guy. Breaking2 follows Kipchoge’s training, aided by the science and technology of Nike, toward that goal.

The documentary is beautifully shot, with cameras taking you close to the action. And it’s fascinating to see the many factors being considered, in addition to innovations in Kipchoge’s gear, to shave those crucial minutes off Kipchoge’s time. But at times, this also feels like an hour-long Nike commercial.

8. Rookie of the Year

The baseball adventures of sixth-grader Henry Rowengartner (Thomas Ian Nicholas) are held in deep, nostalgic affection by those who grew up watching Rookie of the Year. And how many kids grew up to be Chicago Cubs fans as a result?

It’s a classic Disney tale of wish fulfillment; a kid who gets to play with his heroes and become a hero on the baseball field, striking out actual major leaguers like Bobby Bonilla. But does it hold up — for instance, Daniel Stern’s goofy performance as pitching coach Phil Brickma — when you’re watching as an adult?

7. The Greatest Game Ever Played

The best sports movies often cast their stories against the backdrop of history, against the social concerns of the time. Francis Ouimet (Shia LeBeouf) wasn’t born in privilege like virtually everyone else who belongs to The Country Club in Brookline, Massachusetts. But he loves golf and gains access as a caddie, which allows him to hone his talent to the point where he competes in the 1913 U.S. Open as an amateur. It’s a compelling look back at an era of golf with which many might not be familiar, and director Bill Paxton does all he can to bring drama to the story.

An even better example of a sports movie set against social concerns of its time is Remember the Titans. There may be no more inspirational story than that of the 1971 T.C. Williams High football team integrating white and black players, one reason why it’s held in such high regard among sports fans and movie lovers. Led by Denzel Washington, the movie also has an outstanding cast including Will Patton, and several actors who go on to much bigger roles in Ryan Gosling, Wood Harris, Donald Faison, Hayden Panettiere, and Kate Bosworth.

The film is packed full of uplifting drama and emotional speeches, none more stirring than Bill Yoast (Patton) finally standing up for what’s right and motivating his defense in the state semi-finals.

Ask any sports or movie fan to name their favorite baseball film and The Sandlot will rank right up there with Field of Dreams or Bull Durham. Sure, tales of bumbling baseball teams and their quirky players or inspirational moments between fathers and sons make for compelling drama and comedy.

So many of us developed a love for baseball as kids because of the players and teams we admired. But even more so, we grew up loving baseball because of the fun we had playing with our friends, the hijinks that often resulted from those games, like hitting a ball into a junkyard guarded by a “Beast” of a watchdog, and the lifetime bonds that can form during a summer together.

Greg Kinnear as Coach Dick Vermeil! Is that enough to get you to see Invincible? OK, maybe not. The real-life story of Vince Papale (Mark Wahlberg), a 30-year-old bartender with crazy athletic talent who makes the best of a tryout with the Philadelphia Eagles, is a more adult tale of wish fulfillment. And since this one really happened, it feels even more resonant.

Strangely, Wahlberg made a similar movie five years earlier in Rock Star, about a tribute band singer who’s tapped to perform with the band he loves. But no lip-synching here. That’s real running, tackling, and catching from Wahlberg here.

Jim Morris’s real-life story is another inspirational example of wish fulfillment for those who lost their chance at glory, due largely to circumstances beyond their control. Morris (played by Dennis Quaid) has his baseball dreams shut down by an unsupportive father, a disinterested community, and a seemingly career-ending shoulder injury. But he stays in the game as a high school baseball coach and when his players discover how hard he can still throw, Morris is pushed into trying out for the Tampa Bay Rays (then the Devil Rays).

A story of a 35-year-old who realizes he can throw 98 mph and gets a shot with a major-league team wouldn’t be believable if it wasn’t true. It certainly helps that Quaid is overwhelmingly charming, making you root for him.

There may be no more inspirational real-life sports story than that of the 1980 U.S. Olympic Ice Hockey team which improbably defeated the heavily favored, more experienced Soviet Union at the Lake Placid Winter Games. How did it take 24 years for this team’s miraculous triumph to make it to the big screen? (ABC produced a 1981 TV movie starring Karl Malden and Steve Guttenberg.)

Maybe it took that long to find the right guy to play legendary coach Herb Brooks, and Kurt Russell shines in arguably the best role of his career. He had to nail Brooks’s locker room speech before the climactic face-off with the Soviets and scored big-time.

Maybe it’s unfair to give the top spot on this list to a documentary, rather than a dramatized sports movie. But no staged sequence could have matched the real-life danger and spectacle taken on by Alex Honnold in his effort to become the first man to climb El Capitan in Yosemite National Park by himself without any ropes, hooks, harnesses, or any other kind of equipment that most climbers would utilize for safety.

Free Solo also directly involves its filmmakers, directors Elizabeth Chai Vasarhelyi and Jimmy Chin, who worry that they may film someone dying if Honnold slips, loses hold, or misjudges a stretch or jump and ends up falling to his death. Plenty of documentary filmmakers have personally involved themselves in their films, but very few feel responsibility and emotional stakes as they do here.

Honnold isn’t the most likable person, but that’s part of what makes him so singularly successful in his endeavors. As the film shows — literally with a brain scan — normal people don’t do this sort of thing, nor feel the need to push themselves to such heights. Even if you can guess how this ends, it’s a narrative of focus, preparation, and determination that may make you cover your eyes. But keep them open because the visuals are that beautiful.