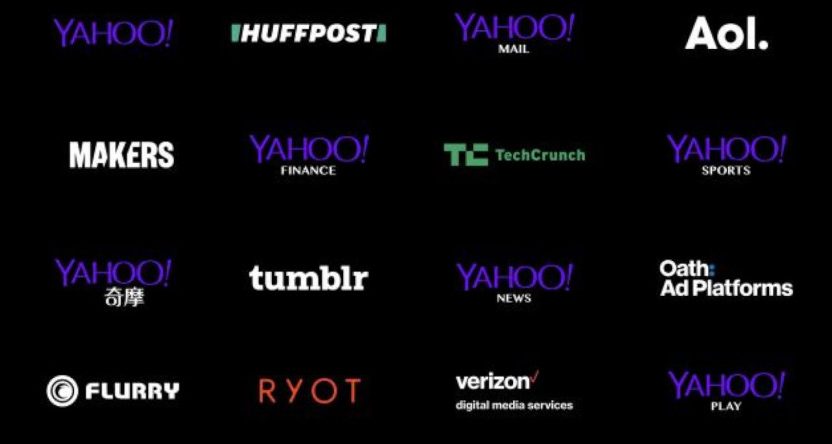 Wednesday was a dark day for media jobs, with major cuts coming from three prominent organizations. Verizon Media Group (formerly called Oath, it’s the current parent of the Huffington Post, AOL and Yahoo) reportedly plans to cut around seven percent of its staff (or around 800 employees), while BuzzFeed is laying off around 15 percent of its staff (around 250 people) and Gannett (owner of USA Today and numerous papers across the U.S.) has made major cuts of its own. First, some details on the planned Verizon cuts, from Seth Fiegerman of CNN:

Verizon Media Group, the portfolio of media brands that includes Yahoo, AOL and The Huffington Post, plans to lay off about 7% of its staff this week, according to a memo to employees from the division’s CEO, obtained by CNN Business.

The cuts will affect roughly 800 employees, based on the division’s headcount at the end of 2018. The memo did not spell out which media brands will be hit hardest.

“These were difficult decisions, and we will ensure that our colleagues are treated with respect and fairness, and given the support they need,” Guru Gowrappan, CEO of Verizon Media, wrote in the memo.

The focus for the media division, Gowrappan added, will be investing in mobile and video products while working to “stabilize our business.”

And here’s what’s going on over at BuzzFeed, via Lukas I. Alpert and Benjamin Mullin of The Wall Street Journal:

BuzzFeed is planning to lay off about 15% of its workforce, according to people familiar with the situation, as the company seeks to reorient itself in a shifting digital-media landscape.

The cuts could affect around 250 jobs, the people said. The firm, among the most high-profile digital-native publishers, is also looking to realign its resources to invest more in promising areas of the business like content-licensing and e-commerce, one of the people said.

That article also mentions that BuzzFeed could be looking at mergers with other companies. Meanwhile, BuzzFeed’s Jonah Peretti put out a memo about this:

Here is Jonah Peretti’s memo about the cuts, which went out about 15 minutes ago pic.twitter.com/Bw8IZ1CENy

And over at Gannett, cuts hit everywhere from The Indianapolis Daily Star to the Knoxville News-Sentinel (including Dan Fleser, the Tennessee women’s basketball reporter with more than 30 years of experience in the News-Sentinel sports section) to The Arizona Republic to The Record (in north New Jersey) to the Democrat and Chronicle in Rochester, New York. This comes amidst an unsolicited takeover bid from Digital First Media (which owns The Denver Post, The Boston Herald and other papers), but Poynter’s Tom Jones wrote that his outlet’s media business analyst Rick Edwards didn’t link the cuts to the takeover bid:

So, do Wednesday’s cuts have anything to do with the a possible sale of Gannett to Digital First Media? Probably not.

“I don’t know how many newsroom jobs Gannett is cutting, but the move it is hardly surprising with a bad fourth quarter financially to be reported soon and more of the same expected for the first part of 2019,’’ said Rick Edmonds, media business analyst for Poynter. “These cost reductions are typically planned at the end of the year, then carried out in January.  So I doubt the layoffs and buyouts have anything to do with the Digital First takeover bid.’’

All in all, though, that’s a pretty apocalyptic day for the media business. And it’s not clear where these organizations are going to go next, especially with the failure of the whole idea of “pivoting to video.” But there are now a whole lot of experienced media people out of work, and not a lot of potential jobs for them. And that’s awful to see.