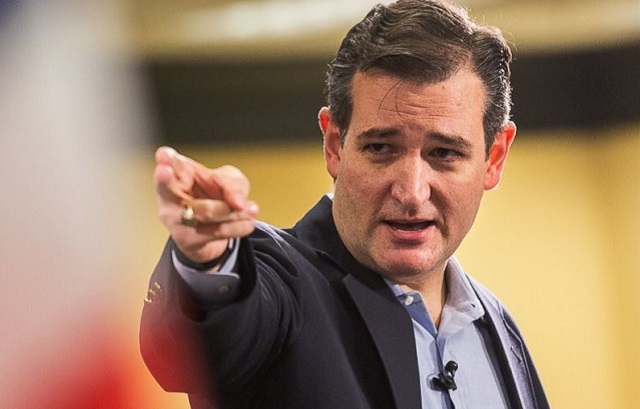 Deadspin has probably had better weeks, especially on social media. But the Twittersphere has taken some fiendish delight in being upstaged by Senator Ted Cruz earlier this week. While Deadspin likely thought that would go away after responding to Cruz as could be expected, people have not let this spat simply fade away. The fervor with which Twitter has gone after Deadspin has been surprising, but also extremely entertaining.

Editor Tim Marchman was typically defiant against the backlash, asserting that those leaving tweet-by attacks didn’t have the courage to send him a personal email or perhaps even contest him physically.

Unsurprising that not one Ted Cruz-supporting cuck/Twitter user is willing to face me in the UFC octagon.

Hundreds of dudes who can't do a pushup are tweeting at me but literally not even one has had the brass to send me an email.

Someone who can definitely do some pushups and spent plenty of time in the UFC octagon is recently retired MMA fighter Tim Kennedy. We don’t know if Kennedy sent an email to Marchman, but he certainly responded on Twitter.

I'm your huckleberry. I also take note that you are a pathetic cyber bully. My email is tim@rangerup.com I'm available at your leisure. https://t.co/6AS3qAllXV

Marchman hasn’t tweeted since Kennedy responded. Read into that what you will, if you so choose.

Muscle flexing aside, what made this so amusing was Twitter not letting this go. Even in tweets that had nothing to do with the Cruz story or response, fans kept reminding Deadspin that Cruz (or his social media staff) got one over on them. This is just a mere sampling of the wave of Cruz-related pushback. There are so many more in response to each of the tweets we embedded below.

-Knock knock
-Who's there?
–@tedcruz

Joke's over. @Deadspin just soiled themselves.

@Deadspin deadspin has had it up to here with Ted Cruz roasting them!!!

@Deadspin Nobody cares. We're still laughing at you clowns getting pwned by @tedcruz

@Deadspin so when will you guys be giving up after losing to Ted Cruz?

@Deadspin just keep tweeting out stories and people will eventually stop reminding you that you're now owned by ted Cruz.

@Deadspin change your name to TedSpin

@Deadspin what, exactly, does Ted Cruz want from Deadspin?

@Deadspin You lost to Ted Cruz

@Deadspin Remember when Ted Cruz bat flipped in your face so hard Marchman had to go into hiding after losing his mind?

OK, you probably got the point at least five tweets ago. The onslaught against Deadspin and Marchman continued for a full two days on every tweet the site posted. It finally seems to have let up as we go into the weekend, but there are still a few lingering shots being taken. Has this already gotten old or will we see this go into next week and still enjoy some schadenfreude?