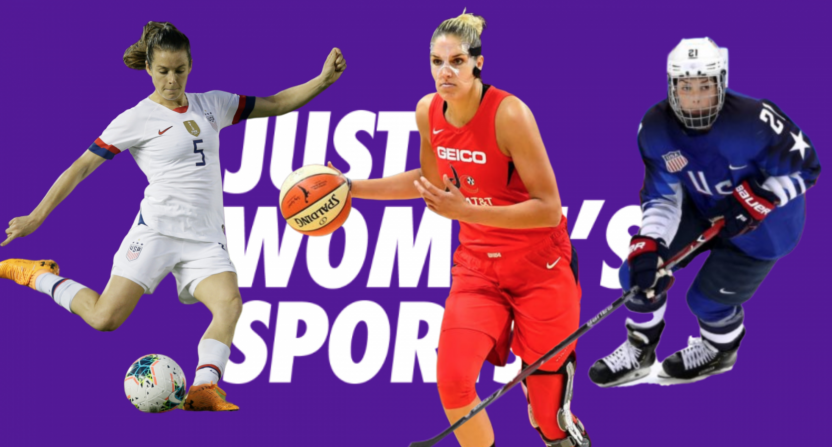 Women’s sports coverage could be receiving a big boost, thanks to a new media platform raising a significant amount of funding.

Women’s sports represent one of the few growth opportunities for investment groups looking to put money into sports ventures. That also applies to media platforms, which is the space where Just Women’s Sports is hoping to establish itself. The funding will go towards creating and promoting new content, as well as hiring staff to produce it.

“We exist because just 4% of media coverage is dedicated to women’s sports. We’re here to change that,” according to a statement announcing the site’s new funding. “From podcasts and newsletters, to highlights and long-form features, we’re building the media ecosystem these fans and athletes deserve.”

The JWS squad just got a whole lot deeper.

Podcasts are also a big part of the site’s production, headlined by Snacks, hosted by Mewis and teammate Lynn Williams. Other shows are Off the Ball with NWSL star Ali Riley and That Soccer Show, which partners up with international women’s soccer streaming service Ata Football. The WNBA is also represented by Tea with A & Phee, hosted by players A’ja Wilson and Napheesa Collier.

We’re excited to announce our investment in @justwsports. Looking forward to joining Just Women Sports on their mission to dominate the women’s sports media universe ? https://t.co/mST3bK3CS4

“This space needs consistent and high-quality media coverage and attention,” Rosen told Sportico’s Emily Caron. “We need to build the storylines, narratives, and the characters. If you build this world, and you get people tuning into games and knowing who these players and athletes are, you can build all these extensions off of it—the fantasy, betting, everything we see on the men’s side. But it starts with high-quality, consistent media coverage.”

As the site points out, the timing for Just Women’s Sports’ initiative coincides with a growing showcase for women’s sports, including the upcoming launches of the new WNBA and NWSL seasons, along with the Tokyo Olympics beginning in July.