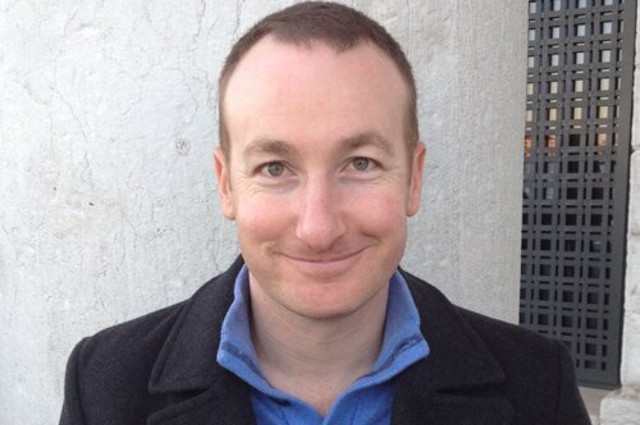 Patreon has become quite a prominent platform for artists and creators to get financial support and offer exclusive levels of access to their backers, used by everyone from comic creators to board and video game designers to filmmakers and musicians, but it’s unusual to see a sports journalist venturing into those waters—especially one who already had a prominent job. That’s what Jeff Gluck is doing, though, and the support so far suggests that it might make sense for him, and could potentially lead to others trying this.

Gluck has been covering NASCAR for 11 seasons, and has worked for outlets from NASCAR Scene to SB Nation to USA Today (for the last four years). As he wrote in a post on his website (JeffGluck.com) Monday, though, changes in his personal life need him to have more flexibility than working out of Charlotte:

It might seem surprising/crazy/borderline insane to leave a great job voluntarily, but that’s what I did. Ultimately, it came down to this: USA Today needs a NASCAR writer in Charlotte, but I might not live in Charlotte for much longer.

My wife, Sarah, is trying to become a Child Life Specialist (someone who works in a children’s hospital and helps sick kids and their families). She’s currently doing an internship in New Mexico, and she’ll be able to look for jobs after she’s finished in May. It’s a no-brainer for me to support her career and I need to have the flexibility to relocate, because who knows where we’ll end up?

Rather than going the more conventional route of trying to catch on with another publication where he could work remotely, though, Gluck’s doing something different. His post goes on to announce that he’s hoping to produce NASCAR coverage on his own with the help of Patreon backers.

— My plan is to start a reader-funded NASCAR website and podcast. I will work directly for you, write only about what I think interests you and won’t waste your time with things that don’t. There won’t be any clickbait because, if this works, my income won’t depend on pageviews.

— You can help me by giving small contributions through my Patreon page. Patreon is like a GoFundMe site, except it’s monthly; it offers a chance for people to support someone’s work by becoming a “patron.” So if enough people pledge a small amount (say $2 a month, the cost of one USA Today), I could keep covering NASCAR for a living and hopefully still travel to races.

Here’s a video he did discussing the idea:

At first, that might sound like subscription-funded outlets (whether traditional mainstream media ones, long-established pay sites like Scout/Rivals/247, or newer ones like Dejan Kovacevic’s Pittsburgh sports site or Chicago and Toronto‘s The Athletic), but there are a few big differences. For one, this won’t have a paywall, so Patreon backers aren’t helping Gluck create content just for them, but for anyone who wants to read it. That has some benefits for potential future growth compared to a traditional paywall; new people may find the site, read some articles, discover they like it and eventually wind up becoming backers. Keeping the content available to all also means that it’s easier for Gluck to get a big story noticed (which again may lead to eventual growth).

Another key difference between a Patreon site and a subscription site is that there’s no specified price for the former. Certain tiers on Gluck’s Patreon page come with extra rewards ($2 a month includes exclusive behind-the-scenes posts, $5  includes access to a private Facebook group, $10 includes a mention on a podcast, $12 includes a 12 Questions profile, etc), but this is more a pay-what-you-want model than a “buy a subscription” model. This is something that’s worked very well for numerous artists in other realms, and if Gluck finds success with it, others may try it out.

There are some obvious risks with this, though (for one, how long will enough people keep backing?), and it definitely won’t work for everyone out there. Many don’t want to pay for sports news and analysis at all, and some of those who do may prefer a subscription model (whether to a traditional paper or a newer site) in order to gain access to more writers and content than just one journalist covering one sport.

It certainly looks like this is working for Gluck so far (his Patreon has hit $2,920 a month at the moment, which is very impressive for the first couple of days), but it’s worth keeping in mind that he’s a well-established journalist who’s worked at high-profile outlets covering a sport with a significant devoted fanbase, and that he’s done a good job of multimedia journalism and connecting with fans on social media before this (he’s been in the SI Twitter 100, for example). Not every writer is going to be able to pull this off. Gluck has what looks like a solid vision here, though, and there appears to be a strong appetite for it. He tweeted Monday that he’s thrilled with the response:

I'm overwhelmed right now. Never had a feeling like this in my life. THANK YOU, everyone, for your kindness and support.

It will be interesting to keep an eye on this and how it’s received. If it continues to find success, it’s certainly possible we could see other writers or sports media outlets testing the Patreon waters.