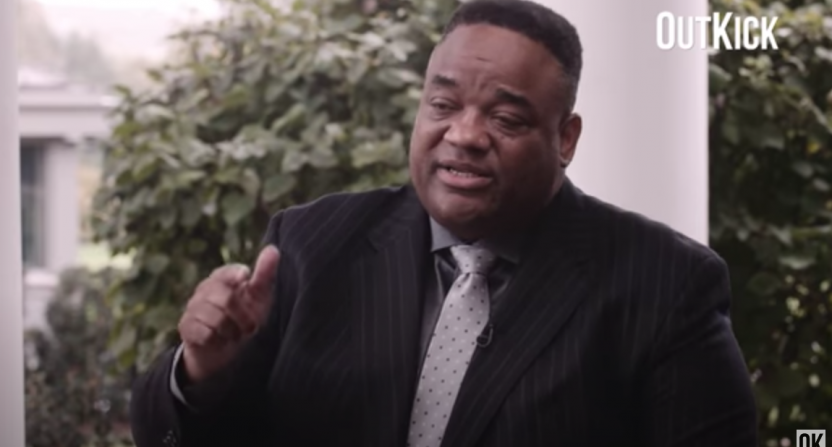 Last month, Clay Travis announced the sudden departure of Jason Whitlock from Outkick, the media venture that Travis founded which has recently gone on an aggressive hiring blitz. The split came as a surprise, given Whitlock had only been with Outkick since June after exiting FS1 a few weeks earlier. Whitlock had moved from Los Angeles to Nashville (where Outkick is based) and had been quite active in creating content for the venture, thus making the split raise some eyebrows in media circles. Fueling the intrigue was Whitlock’s cryptic tweet on his exit.

Do not believe anything written or said about me unless I say it. All else is Fake News.

Fast forward to today, and Whitlock has finally given his version of the split in an interview with Front Office Sports.

Clay and our third partner, Sam Savage, misrepresented the business of OutKick. Both Clay and Sam told me directly (and my lawyer in writing) that Sam’s equity stake in OutKick was contingent on Sam investing $500,000. Shortly after I arrived at OutKick, my lawyer was told that things were going so well financially that Sam no longer needed to invest $500,000 to get an equity stake in OutKick.

I objected. I confronted Clay and Sam about it. Clay said that he didn’t want to waste time or energy pursuing Sam’s investment.

I found this preposterous and baffling. My equity in OutKick was based on “sweat.” I believe my “sweat” is far more valuable than Sam’s. Sam, of course, disagreed. He told me that my arrival at OutKick was a “kick in the nuts” and that all three of us should own one-third of OutKick.

Sam refused to pay the $500,000 and his consulting firm, Savage Ventures, charged OutKick $42,000 a month for work that I deemed amateur. In my view, Sam Savage, the person with the smallest stake in OutKick and the least amount of value, exercised the most control over the company.

I told Clay in November that I was going to exit OutKick unless Savage invested the $500,000 he committed and we backed away from using Savage Ventures. It was a bad business deal, a byproduct of my failure to properly vet my business partners.

(Outkick responded in a statement to FOS: “Outkick provided Jason access to all information necessary to make an informed business decision regarding joining the company. Nothing at all was misrepresented to him — or his lawyer — in any way whatsoever. He chose to leave after a short tenure and as we said over a month ago on the site when we announced he was leaving, we continue to wish him well.”)

In the interview, Whitlock also denied having to pay $500,000 to become an owner in Outkick, which was something that was reported by the Washington Post. What’s clear in reading Whitlock’s comments from the interview is that actual funding of the business was a major sticking point to the equity holders, and one they didn’t seem to see eye to eye on. Whitlock denied his investment in the company and accuses Savage of foregoing an investment of the same size. In media appearances, Savage is described as “the investor behind the expansion of Clay Travis’s Outkick the Coverage brand,” so it’s not exactly clear who put money into the company and when.

What might be the case is that perhaps both individuals had the option to put in $500,000, but had the option to put in an equal amount of “sweat equity” into the company to earn their ownership stake in Outkick (essentially, get paid in equity for their work). Whitlock shares that Savage Ventures was charging the company $42,000 a month for services he called “amateur.” 12 months of payments $42,000 is almost exactly the disputed $500,000 number ($504,000) and could be at the heart of the disagreement

Having worked and consulted at a lot of startups, figuring out fair equity stakes for founders, investors, and key additions is often a tricky path to navigate, and these types of disagreements are not uncommon. Going forward, the smart money is on this all being cleaned up by lawyers so the dispute doesn’t further spill into public view with both parties able to move on. With that in mind, Whitlock hints in the interview he’s been talking to The Blaze and Fox News for his next landing spot and throws cold water on the idea of going back to either ESPN or Fox Sports. As for the business at hand, it seems like so many things in life, the real winners here will be billable hours.