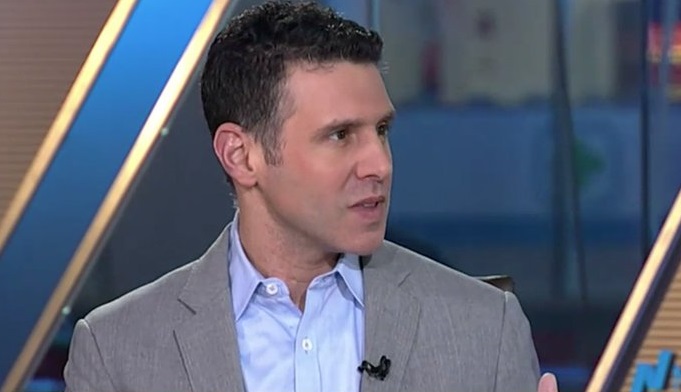 Chad Millman is really into gambling.

Millman was always obsessed with the sports betting and gambling world as ESPN’s editorial director for domestic digital, in charge of planning and creating the content found on ESPN.com and its app. That’s a huge position.

So it was seen as a gigantic gamble when Millman left ESPN to join The Action Network, a media company formed by Chernin Group — the majority owner of Barstool Sports — focusing on content and analysis geared towards sports betting and wagers and the fantasy sports market.

After moderating a panel on how legal gambling would change sports at the MIT Sloan Sports & Analytics Conference a couple of weeks ago in Boston, Millman spoke with Awful Announcing about jumping to The Action Network from ESPN and the company’s place in the sports media landscape.

Ironically, the Action Network seed was planted at the 2017 Sloan Conference, when Millman ran into Brian Mead, the founder of the SportsAction app.

“It’s about bet tracking and data and being up to speed on everything that’s happening in the betting marketplace through an app,” Millman told Awful Announcing about the app. “We were just talking and he was telling me about what they do, and he sort of joked like, ‘hey, would you ever want to come work at it’ and we just laughed and I didn’t really think about it.”

About six weeks later in April 2017, Millman got a call from Mike Kerns, who runs Chernin’s digital operations in April of 2017. Millman thought that Kerns was calling about a conversation ESPN was having with Barstool in regards to a television partnership — we all know how that turned out — “so I honestly thought Kerns was calling to see if there was a digital opportunity for Barstool, too,” Millman said.

In May, Millman and Kerns had lunch in San Francisco, “and he was pitching me on a sort of full-fledged sports betting media network,” Millman said. “And he told me that it was based on the app that they had already and two other companies they were buying,” which turned out to be Sports Insights and FantasyLabs, both of which Millman knew really well.

“The way he was framing things was actually sort of exactly what I had been wanting to do forever like at ESPN,” Millman said. Kerns pitched him on in-depth reporting on sports betting, discussing the gambling industry, talking about the data and, as Millman put it, “that parallel conversation that happens in the sports world where I think a lot of people are interested in, but don’t know how to access.”

A few months earlier, the Supreme Court agreed to hear New Jersey’s case to legalize sports betting in its state, a major topic for Millman at the 2017 Sloan Conference. As Kerns continued to lay out a business plan, “it felt like there was sort of a confluence of factors that for me, spoke to exactly what I wanted to be doing next,” Millman said. “And if I was ever going to leave ESPN, which I really wasn’t that interested in doing, it was going to be to do this content, this business, with this group.”

After another meeting in June, where they discussed different contingency plans — centered around whether or not sports gambling would be legalized — and who they’d potentially hire, Millman thought this gambling-oriented company would actually work.

Millman moved further up the Chernin hierarchy to Peter Chernin and company president Jesse Jacobs, along with people from all three companies — SportsAction, Sports Insights, FantasyLabs — The Action Network would ultimately encompass.

“It’s hard to spend time with them and not want to be in business with them,” Millman said of Chernin and Jacobs.

Millman left ESPN in September, and made a huge bet on Chernin that its newest venture could disrupt the sports betting and gambling content landscape.

The Action Network was announced on Oct. 2, 2017,  and its first act was to launch the @ActionNetworkHQ Twitter handle and to get a daily newsletter going. But rather than delegate that out, the network’s new head of media decided to write the newsletter himself every day, a far, far cry from heading up all domestic digital content at ESPN.

“Insane. It’s totally insane,” Millman said of his idea to write the newsletter, which he said — as of a couple of weeks ago — goes out to 230,000 daily subscribers.

Going back to the basics ultimately felt invigorating for him, he said.

“It felt fun to have something that was that tangible to be doing every day,” Millman said. “It felt great to sort of see the reaction on a one to one basis with users and the community. It was thrilling to see it grow rapidly, and it’s still that way.”

Action Network officially launched on Jan. 12 as a subscription service — and was a major sponsor at this year’s Sloan Conference — and Millman said the subscriber base is increasing every day. He’s happy with the numbers, but isn’t ready to disclose them quite yet.

“To see everything we’re doing and everything on a company-wide basis, the way it’s growing and the continued positive reaction is amazing,” Millman said. “It’s a fun, enthusiastic thing to be a part of.”

One major hire The Action Network made was bringing NBA writer Matt Moore over from CBS.

Millman went on about how Moore has benefited the network, especially considering the launch occurred smack in the middle of the NBA season.

“The fact that someone of his caliber who has his reputation and is so beloved in the NBA community of fans who follow this in a very specific way, it’s been massive in terms of our credibility, Millman said. “He’s a huge part of what we are trying to build and how we are trying to cover sports.”

In the short term, Millman will try to grow The Action Network’s subscribers and bring in really talented people “who look at sports the way we think a lot of fans are looking at sports, and be as aggressive as we can in growth.”

As for the long term?

For Millman, betting on himself and Action Network turned out to be a gamble he couldn’t afford to turn down.