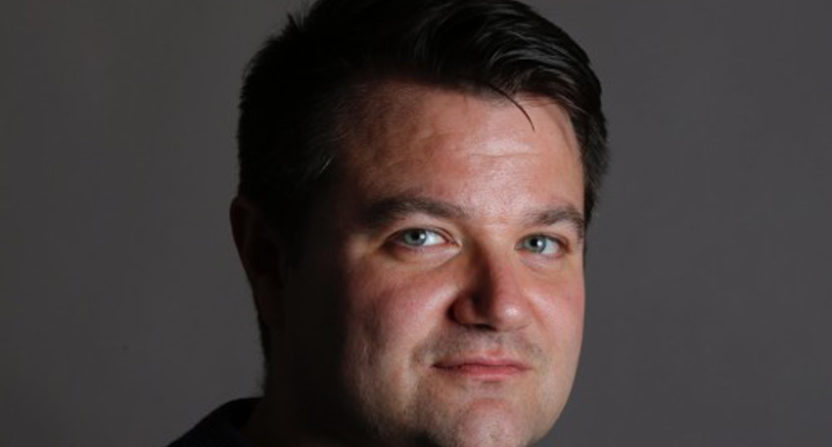 Paul Gackle, the San Jose Sharks’ beat reporter for the San Jose Mercury News, was reportedly stabbed multiple times at his home around 2:20 a.m. Friday and taken to hospital with injuries not considered life-threatening. The suspect in the stabbing remained at large as of Tuesday. The paper reported on the stabbing Friday and described the victim as just “a Mercury News employee,” but San Jose Inside’s Jennifer Wadsworth writes that colleagues identified the victim as Gackle. ABC 7’s Matt Keller has more on what happened:

Police said they received a call at 2:20 a.m. When they arrived at the scene, police found him suffering from at least one stab wound.

It was an unusual morning at a home on Redbird Drive. “We heard a loud noise at like 3 a.m., opened the door and we saw blood, closed the door, and cops were here five minutes later. That’s about all we know,” Adrian said.

That noise came from the San Jose Mercury News employee who rents the unit in the back of the home.

After being stabbed, the man went to a store and got no response. So, he went next door, leaving a trail of blood. Then, his neighbors called the police.

…ABC7 News learned San Jose police have gone to at least one nearby business to see if they have surveillance video of the victim and suspect together before the stabbing.

As per Gackle’s Gackle Report personal website, he grew up in Canada and started covering sports as a teenager with his father’s paper in North Dakota, the McLean County Independent. Before working for the Mercury News, he was a columnist for the San Francisco Examiner, and also had work published with the Winnipeg Free Press, the East Bay Times and PBS Frontline. He was a color analyst for the now-defunct minor-league San Francisco Bulls on radio and TV, and has hosted a hockey podcast with his brother Patrick. He’s also covered the Giants and other teams for the Mercury News.

Gackle has not tweeted since Thursday. He did not return San Jose Inside’s request for comment.