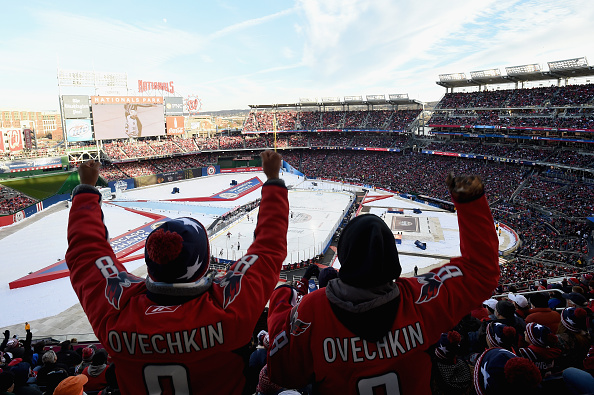 The NHL’s 2015-16 season marks the start of the second decade in the league’s U.S. broadcast deal with NBC Sports, and that deal has worked out amazingly well for both sides. Since the initial 2005-06 season, ratings have grown tremendously; across the regular season and Stanley Cup playoffs, games now average one million viewers per game versus the 559,000 they did then, a boost of 79 percent. Many more games are televised nationally (104 this year versus 64 in 05-06), and big events like the annual Winter Classic, the Stadium Series, Hockey Day In America and more have benefited both the NHL and NBC. In an exclusive interview with Awful Announcing this week, though, NBC Sports’ president of programming Jon Miller said the deal’s worked out even better than anyone could have imagined when it was signed.

“It’s kind of funny, because we made our deal with the NHL in the fourth quarter of 2004 and at the time, we were just NBC Sports,” Miller said. “We didn’t have the cable property. We were looking for premium programming. The NHL was looking for a network home that would really help grow the game. We thought that with the combination of two parties who were really excited and willing to work together that we could have some success, but I’ll be honest with you, we had no idea it was going to be nearly as successful as it’s been. It’s exceeded a lot of our hopes and expectations. And that’s due in large part to so many people both at NBC and the league working so hard to see it succeed.”

NBC signed the deal before they were acquired by Comcast (which owned OLN, which later became Versus, which became NBCSN in 2012 after the merger), and the NHL’s cable deal with OLN was already in place, limiting the games NBC could get, so their initial expectations were modest.

“Our goal was just to find a good, solid weekend afternoon programming block that would provide a good lead-in for PGA Tour coverage but would also give us good second-quarter primetime live sports on NBC,” Miller said.

Miller said a big part of the success of NBC’s hockey coverage has been thanks to that merger and the transition from OLN/Versus to NBCSN, which has enabled them to provide consistent coverage across the board.

“It obviously made for a signature voice and talent and production look, but it really came together in a perfect marriage to put it all under one umbrella so the programming could all come from one place, the scheduling could all come from one place, the marketing and promotion all came out of one place, and even more important than that, to have a brilliant production team led by Sam Flood putting together production that looked the same whether it was on NBC or NBCSN or CNBC or USA or any of the different carriers that we get to use,” he said. “It’s got this uniform look and feel and sound. It really created the sense that this is a league that’s treated as well and promoted and produced as well as any sport in America.”

He said the shift from Versus to NBCSN has provided a boost to hockey ratings on both networks.

Miller said NHL coverage is a critical part of NBCSN’s identity and success.

“It’s been our anchor property since Day One,” he said. “There’s no more important relationship for NBCSN than the one we have with the National Hockey League. The fact that we’re able to provide so many great regular season games, the fact that we created Wednesday Night Rivalry so that the fans know every Wednesday’s going to be a major blockbuster tilt, and the fact that we have so much primetime coverage, but also that we produce a lot of shoulder programming around the NHL for NBCSN, it’s created an unbelievable identification and touchpoint for us and for our viewers and our fans.”

He said NBC’s extensive approach to NHL coverage has been a model for how they’ve handled other sports, including the English Premier League, NASCAR and horse racing.

“What we’ve learned is to know not so much what we are, but what we aren’t,” Miller said. “We can’t be all things to all fans, and certainly not to all sports. We take properties that we feel can benefit from total immersion and we super-serve the property and we super-serve the fandom. So if you’re a hockey fan, you know that NBC Sports is the place to go, that we’re going to cover the games, we’re going to cover the stories, you’re going to be treated with a tremendous amount of respect as a fan.”

That’s been a selective approach; they’d rather blow out the coverage of some sports than try to do everything.

“We made a conscious decision not to get involved in certain sports that you can get other places,” Miller said, citing college basketball as a particular example. “We have a smaller college basketball footprint, but not much. People just don’t come to us for that programming.”

He said they saw potential in hockey, and it fit with their strategy of building properties. Even with that, though, it’s still been remarkable how much it’s grown.

“We’re a company that knows how to embrace a property and grow it,” Miller said. “We make big events bigger, that’s kind of our mantra. We just knew that we stuck with it and if the NHL trusted us to do what we thought we could do, we would enjoy success. I don’t think anyone, either on their side or our side, ever thought it would enjoy the success that it’s reached.” 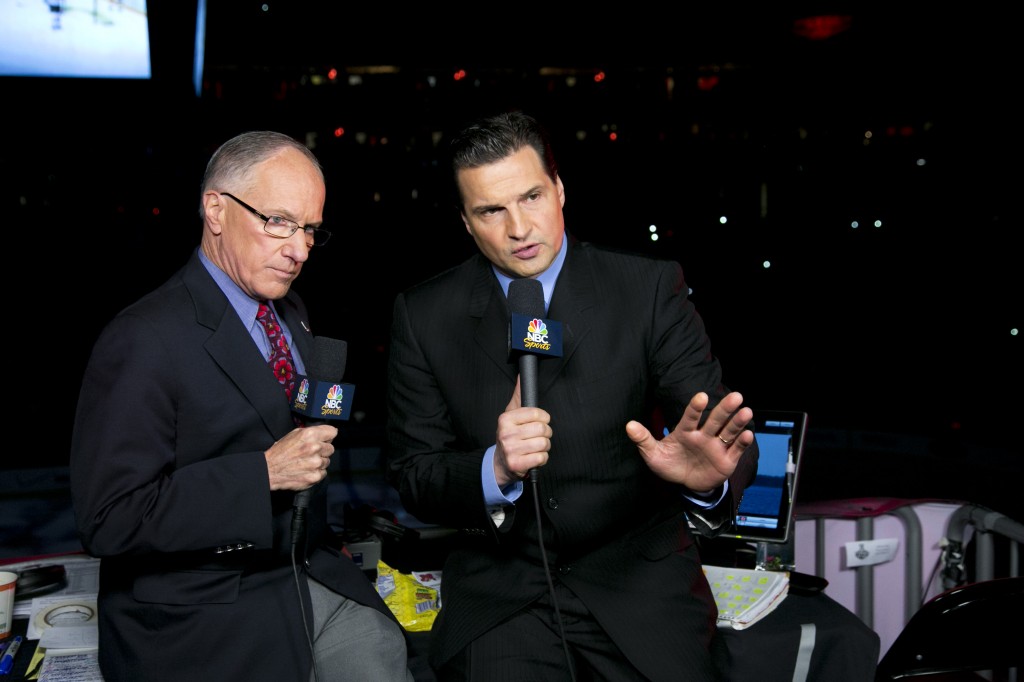 Miller said some hockey fans were skeptical of NBC at first, but he thinks they’ve largely been won over.

“Once they saw the quality and the passion of our production team, the extraordinary level of talent that we had both in front of and behind the camera, as well as the way we promoted and marketed it, those were all key factors to getting people to believe in us,” he said. “I think creating new events with the NHL, whether it’s the Winter Classic on New Year’s Day or Wednesday Night Rivalry, or Hockey Day in America, or the Thanksgiving Friday game, or what we just did last week with Kraft Hockeyville, putting all the playoff games on, making them all available, those kind of commitments send a message to hockey fans, to the teams, the players, the owners. All of them understand we are the best partner the NHL could possibly hope for, and we feel that they’re one of the best sports we could ever be engaged with, so it’s a good marriage.”