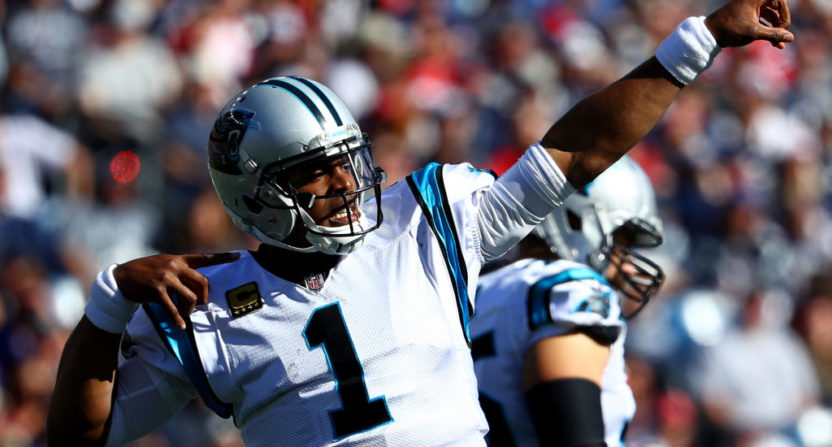 Fox Sports had a regional NFL singleheader for Week 4 and with separate games involving the Dallas Cowboys and New England Patriots, it was able to garner high ratings. Fox averaged a 12.6 overnight for its regional action and it was up 19% from last year’s Week 4 singleheader which aired on CBS.

Sports Media Watch notes that the 12.6 rating for Fox was the highest for NFL Week 4 regional window coverage since 2011, which had a 14.9.

To top it all off, Fox’s single regional windows at 1 p.m. and 4:05 p.m. were the highest-rated of the day, beating the CBS national window at 4:25 p.m. and NBC’s Sunday Night Football. It’s rare for regional coverage to out-rate the national and primetime windows, but thanks having both the Cowboys and Patriots in its regional windows and sent to almost half of the country, Fox was able to bring in very good numbers.

For NBC, its game involving the Indianapolis Colts and Seattle Seahawks drew an 11.0 overnight rating. That’s flat from last year’s Chiefs-Steelers game, but still down from from 2015’s Cowboys-Saints game, which had a 14.8. Colts-Seahawks tied for the lowest-rated Week 4 game on Sunday Night Football since 2007.

CBS drew a 10.8 overnight for the only game in the late afternoon national 4:25 p.m. ET window. That’s down 27% from last year’s national window, which aired on Fox and had the Cowboys-49ers as the featured game. CBS’s overnight rating was the lowest for a Week 4 national window dating back at least ten years.

The New Orleans Saints-Miami Dolphins game on Fox from London got a 4.8 overnight rating, the lowest-rated 9:30 a.m. window since the NFL began playing at 9:30 a.m ET.

So overall, the NFL’s TV partners can say for the most part, they’ve remained above last year’s numbers since the protests during the national anthem became more prevalent.