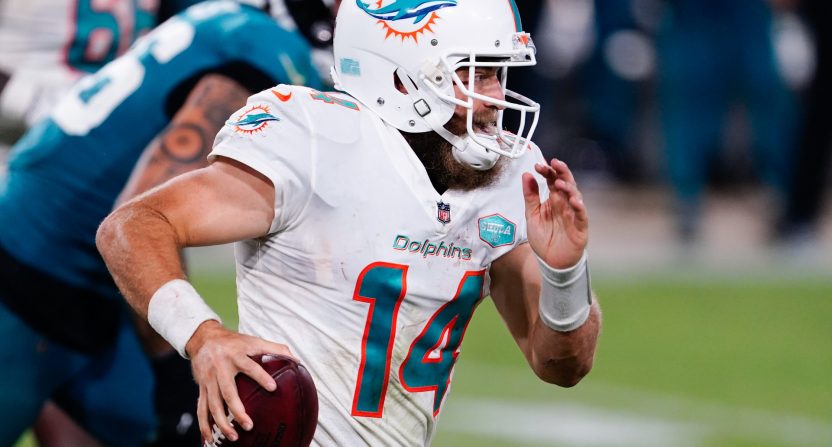 The Dolphins’ 31-13 drubbing of the Jaguars on Thursday Night Football won the night, but didn’t exactly give the NFL much to celebrate on Thursday. The game drew 5.43 million viewers on NFL Network, per ShowBuzz Daily, down roughly 16% from Titans-Jaguars a year ago (6.32 million, per Sports Media Watch).

Of note: this year’s game had competition in the form of Game 4 of the Lakers-Nuggets Western Conference Finals, which drew 4.60 million viewers on TNT. The only live sports competition that the NFL had last year was a Houston-Tulane college football game, which drew 1.03 million viewers on ESPN. There was also college football this year, but ESPN’s UAB-South Alabama broadcast didn’t crack 500,000 viewers.

Week 2 of TNF on NFL Network was up from a year ago, making the network one for two on increases this season.

Next week’s TNF matchup on NFL Network is a real humdinger between the Broncos and Jets. Last year, the Week 4 TNF game was Eagles-Packers, airing on both Fox and NFL Network, meaning that an equal comparison won’t be in the cards (which won’t prevent some from calling attention to the inevitable decrease of ~ten million viewers).