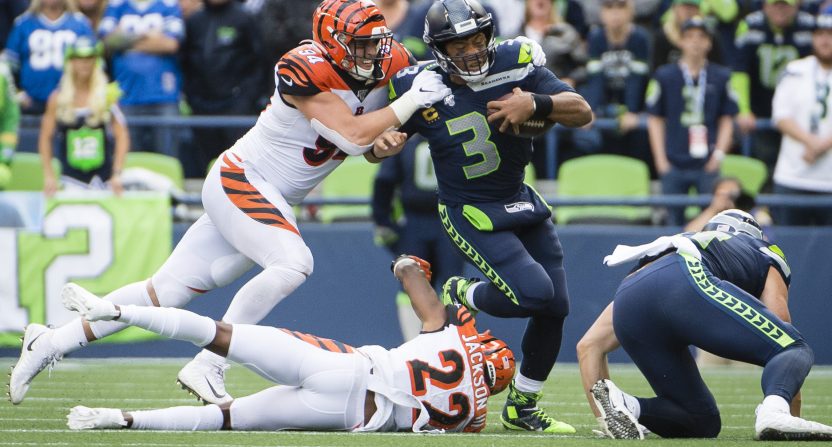 NFL Media will debut a new weekly YouTube series, NFL Game Day All Access, that promises to give viewers a more holistic look at a Sunday for NFL players and coaches.

All Access sounds similar to the basic Mic’d Up-style sideline and in-game audio we’ve gotten for years, but in addition to the sounds during the game, the series will follow players and coaches from before they even get to the stadium to after the game is over.

Via the NFL’s release:

Produced by NFL Films, the original series will combine a variety of production elements including game footage, wired sound, mobile video and more to tell the complete story from players and coaches’ perspective of an NFL game day. Each 20-minute episode will be made up of key moments throughout the day unfolding in order, from the trip to the stadium, to warm-ups and game moments, to postgame activity and the departure home.

It’s an evolution of the format we’re used to getting, and putting it on YouTube makes a lot of sense as well, in terms of getting it to the widest audience possible. (From personal experience, finding Mic’d Up or something like that was never that easy.) There are plenty of diehard NFL fans who would probably be interested in something like this every week throughout the season. The show may even satisfy general curiosity about being an athlete or coach at the highest level of a sport.

With the spotlight on a different player or coach in each episode, viewers will get a diverse look into game day – from the experience on the road versus playing at home, as well as the interaction with family and friends before and after the game. In addition to the hearing directly from the player or coach through first-person videos, NFL Game Day All-Access will also include sound from a wide range of individuals, including teammates, coaches and broadcast talent to tell the complete story from the day.

The NFL may not have launched a YouTube channel until 2015, but now the league admirably puts extended replays and highlights online straight to YouTube. Adding an original docuseries like this makes for a logical next step. If you’re curious about it, the first episode is scheduled to be released today, September 11th.