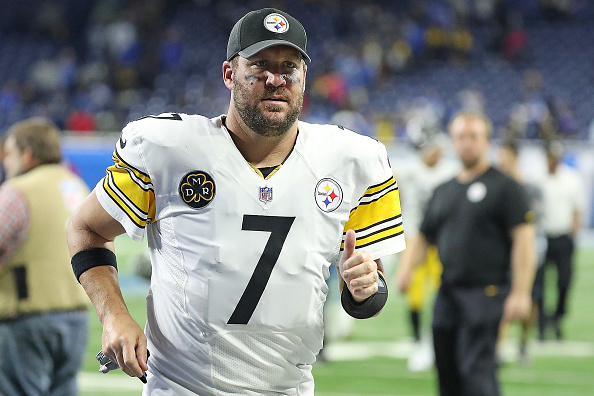 Heading into Week 10 of the NFL season, we are beginning to see the playoff picture a bit more clearly. At the same time, a matchup from this week’s slate of games could deliver a brutal blow to one team’s hopes at capturing the top pick in the 2018 draft.

The week kicks off with an NFC West rivalry game and then ends with the Miami Dolphins appearing in a primetime matchup for the third week in a row (who thought that was a good idea?). As for the rest of the Week 10 schedule, maps showing where the games will be broadcast ( courtesy of 506sports.com), and the announcers who will call those matchups, well, that is what this guide is here to help you with.

Seahawks notes – After missing three kicks in Seattle’s loss to the Washington Redskins last week, Seahawks kicker Blair Walsh has now missed a total of four field goal attempts in his first eight games with the team. In 2016, former Seattle kicker Steven Hauschka failed to convert on four of his field goal attempts over the course of the entire season.

Cardinals notes – In just three games with Arizona, running back Adrian Peterson has already finished a matchup with at least 100 rushing yards twice. His 314 yards on the ground in the last three weeks are just 10 less than the combined amount he rushed for in his previous nine games (324) since 2015.

Packers notes – During Green Bay’s first five weeks of the season with Aaron Rodgers as their quarterback, the team averaged 245 passing yards per game. In their previous three matchups with Brett Hundley playing under center for the majority of the time, that average has dropped to just 155.7 yards per game.

Browns notes – The last time Cleveland won a game on the road in Detroit was all the way back in 1983. Not a single player on the Browns’ current roster was even alive when that happened.

Lions notes – Oddly enough, Detroit has lost three out of their four home games this season. It likely had something to do with the lackluster performance from their pass defense. In four games at home, Detroit’s defense is giving up an average of 297.8 pass yards to each opponent. That’s a big difference when compared to the 206 passing yards per game they have been allowing on the road this year.

Steelers notes – After a one-game suspension, Pittsburgh wide receiver Martavis Bryant is expected to be back on the field this week with the offense. It’s unclear how much of an impact the receiver will make on Sunday as he only has one game this season in which he finished with more than 50 receiving yards.

Colts notes – The first time the Colts ever played the Steelers in Indianapolis (1984), they came out victorious. However, in their 16 matchups with Pittsburgh since, the Colts have just two wins.

Chargers notes – Out with an ankle injury for most of the year, Los Angeles linebacker Denzel Perryman is expected to make his regular season debut on Sunday against the Jaguars. The Chargers will be hoping that Perryman’s return can improve the performance of the team’s run defense, which currently ranks 31st in the NFL.

Jaguars notes – Following a surprise inactive designation for last week, Jacksonville rookie running back Leonard Fournette will return to the field on Sunday against the Chargers. Already with 596 yards on the ground this year, Fournette needs to average just around 80 rushing yards per game for the rest of 2017 to break the Jaguars’ single-season record for rushing yards by a rookie.

Saints notes – This is the third time in Sean Payton’s tenure as the head coach that New Orleans has begun the year with a 6-2 record. Unfortunately for the Saints, neither of the past two times they started a season 6-2 under Payton resulted in the team earning a trip to the Super Bowl.

Bills notes – After being acquired in a trade with the Carolina Panthers last week, wide receiver Kelvin Benjamin is expected to make his debut in a Buffalo uniform this Sunday. The 6-foot-5, 240-pound pass-catcher has 32 receptions for 475 yards and two touchdowns in eight games so far this season.

Jets notes – Signed as an undrafted free agent in 2016, Robby Anderson currently leads or is tied for the lead among all New York receivers this season in targets, catches, receiving yards, and touchdowns. Anderson is on pace to easily eclipse a number of his single-season career highs he set as a rookie in 2016.

Bucs notes – While Jameis Winston is recovering from a shoulder injury and licking the rest of the Ws off his fingers, Ryan Fitzpatrick will be Tampa Bay’s starting quarterback this week. After Sunday, Fitzpatrick will have started in at least one game for seven different NFL teams since 2005.

Vikings notes – Teddy Bridgewater will be a member of Minnesota’s regular season active roster on Sunday for the first time since 2015. The quarterback has been recovering from a severe knee injury he sustained shortly before the 2016 season that left his NFL career in question.

Redskins notes – Washington’s offensive line has caught the injury bug this season and it has been very obvious recently. During their three games from Week 3 to Week 6, the Redskins’ blockers only allowed a total of two sacks. But since Week 7, Washington quarterback Kirk Cousins has been sacked by opposing defenses 14 times.

Bengals notes – As they prepare to travel to Tennessee this week, Cincinnati has only one win on the road this year (out of four games). Dating back to 2015, the Bengals have lost 11 of their last 16 matchups away from home.

Titans notes – A win on Sunday over the Bengals will give Tennessee their fourth win in a row. If they do actually come out with a victory this week, it will be the first time the Titans have won four games in a row since the 2009 season.

Texans notes – Sunday will be the first time in Houston’s history that the team has played a game in the city of Los Angeles. The Texans have played the Rams three times since 2002, but they took place when the Rams’ home city was still in St. Louis.

Rams notes – With four more last week against the New York Giants, Los Angeles quarterback Jared Goff now has 13 touchdown passes so far this season. Goff now needs just 10 more this year to finish with the second-most passing touchdowns by a Rams quarterback playing in their second-career season. He has virtually no chance at breaking the record, though, as that belongs to Kurt Warner when he threw 41 touchdowns back in 1999.

Cowboys notes – Already with 28 total touchdowns so far, only the Philadelphia Eagles have found the end zone more than Dallas this year. However, none of the touchdowns scored by the Cowboys this season have been from a punt return or a kick return, something that no Dallas player has done since 2013.

Falcons notes – Atlanta does not seem to be meshing too well this season with new offensive coordinator Steve Sarkisian. After only having one game last year in which they scored 20 points or less, the Falcons have already done this four times in 2017 (all four of their losses this year).

Giants notes – Now with seven losses this season, New York has been one of the NFL’s worst teams of the year. But this is not something the franchise has really experienced during their existence. Before this year, New York has only had two seasons in their history that saw them losing at least seven of their first eight games (the last being in 1980).

49ers notes – There is a possibility that Jimmy Garoppolo could be San Francisco’s starting quarterback this Sunday against the Giants. Despite being with the team for less than two weeks, Garoppolo would be an immediate upgrade under center for a 49ers team that has only seen their quarterbacks throw for a total of six touchdowns this season.

Patriots notes –  As he has against most teams in the NFL, New England quarterback Tom Brady has played well during his recent matchups against the Denver Broncos. In the last six times Brady has faced the Broncos, the Patriots have five wins and the quarterback has thrown for 13 touchdowns, one interception, and an average of 281.3 yards per game.

Broncos notes – Denver has lost five of their last six games and a lot of it has to do with them turning the ball over. In their three wins this season, the Broncos’ offense had just four total turnovers. But in their five losses this year, Denver has managed to turn the ball over 15 times.

Dolphins notes – Last week during Miami’s win over the Oakland Raiders, Dolphins quarterback Jay Cutler ended up throwing for 311 yards, three touchdowns, and no interceptions. It was the very first time in the Cutler’s career that he finished a game with both 300 or more passing yards and at least three touchdowns without throwing a single interception.

Panthers notes – When it comes to the big stage of playing on Monday Night Football, Carolina quarterback Cam Newton usually brings his A-game. In five career Monday night games, Newton has led the Panthers to four wins while throwing for 1,369 yards (273.8 per game), 11 touchdowns, and just four interceptions.