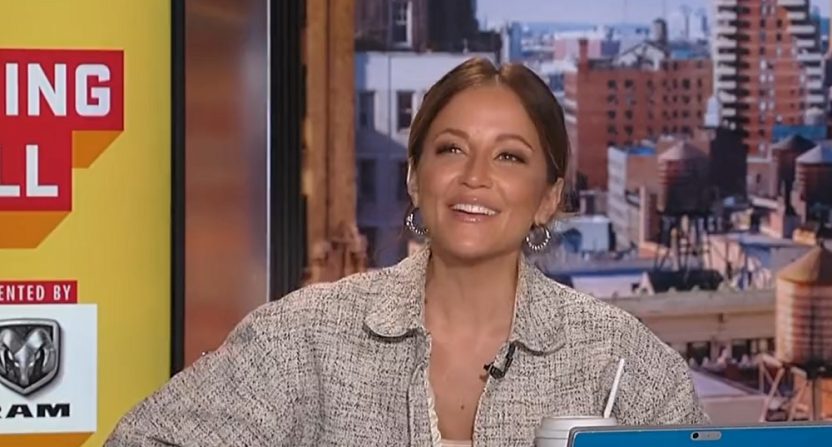 NFL Network’s Kay Adams is leaving the company, per a report from the New York Post. Adams, the host of the network’s morning show Good Morning Football, may land at Amazon. The Post dubs her “a leading candidate” to host the company’s Thursday Night Football coverage this fall.

She’s no stranger to Amazon, hosting the company’s NFL Next TNF pregame coverage in recent seasons.

Four years ago, Adams was rumored to be a target for ESPN, though she never did end up leaving NFL Network.

If she does end up leaving, it’ll be the second major loss for Good Morning Football in the last year. Back in September, Nate Burleson left the show to join CBS This Morning (which was soon rebranded as CBS Mornings). He wasn’t replaced when he left, but a new host would need to be found if Adams does indeed depart. Plenty of internal options will be mooted (Rachel Bonnetta, Colleen Wolfe, etc), but an external hire might make the most sense to help retool the show after losing two of its four long-time faces.

Amazon’s TNF games will be called by the duo of Al Michaels and Kirk Herbstreit, though the company has yet to fill out the rest of its TNF roster.