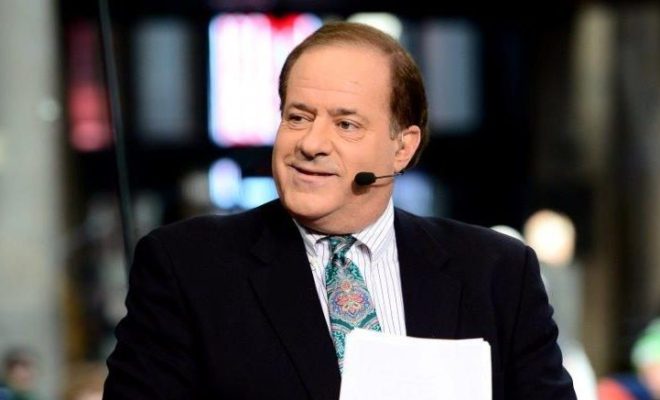 As you know by now, Chris Berman is going to be assuming new duties once Super Bowl LI ends. He’s in the home stretch as host of the NFL, hosted his last NFL Draft, and he’s called his last All-Star Home Run Derby. But even as he gives up his main duties, Berman will still be around. In 2017, we’ll see him transition into a new role.

When ESPN begins its coverage of the 2017 Player Selection Meeting, a.k.a. the NFL Draft, it will have a new host. In July during the MLB All-Star festivities, ESPN will have a new person calling the Home Run Derby. And when ESPN begins its coverage of the 2017 NFL season in earnest in August, either the host of the NFL Draft or someone else will be the face of ESPN’s NFL coverage.

Let’s take a look at some of the potential candidates who could replace Berman on what were his signature events. Some will be obvious, others will be not.

Wingo and Kolber have been involved in Draft coverage for several years. Wingo as the secondary host, fronting coverage of Rounds 2-7 following Berman for Round 1, would be the leader in the clubhouse to replace Berman. ESPN could go the same way with Wingo and have him be the host of Round 1 and then have Kolber come in for the rest of the draft or just have one host for the entire event like Rich Eisen does on NFL Network.

Kolber has been the interviewer either in the green room or up on stage. However, she can easily fill the role as host as she took over for Stuart Scott on Monday Night Countdown.

No matter how ESPN decides to handle the draft, it has capable replacements. The darkhorse candidates also have experience as hosts. Czarniak has been a contributor to ESPN’s coverage as a site host and as a sideline reporter. Nix is the secondary host for Sunday NFL Countdown. She could be a host or interviewer on the coverage.

The obvious choices here are ESPN’s baseball voices, either Sunday Night Baseball’s Dan Shulman or ESPN Radio’s Jon Sciambi. Shulman is ESPN’s top MLB voice and he would be the top choice to replace Berman on this event. He has called it on radio in the past. Sciambi, who calls Sunday Night Baseball for ESPN Radio, could come over to the television side to do the Derby.

However, ESPN could turn to Baseball Tonight and College World Series play-by-play man Karl Ravech. He’s at the Home Run Derby anyway, so why not have him call the event?

And an interesting choice would be Virk, who could make pop culture and movie references throughout the night. It would certainly be an outside-the-box choice, but an intriguing one.

This is one of the most high-profile roles at ESPN. Berman has filled it for 31 years dating back to 1987. Now that he’s leaving, ESPN could go to one person or have multiple people hosting various shows. Like the NFL Draft, Wingo would be the obvious choice. Host of NFL Live, NFL Insiders Sunday Edition, and NFL Primetime, it would hardly be a stretch for Wingo to become the face of ESPN’s NFL coverage. And viewers who have become with him would not object to see him as the main host.

Suzy Kolber could also make the transition to main host as well. She’s host of the weekday version of NFL Insiders as well as Monday Night Countdown.

If ESPN split duties between Wingo and Kolber, it might be the logical choice for the network. Wingo could host Sunday NFL Countdown, and Kolber could become the Bristol-based host of Monday Night Countdown. It would show that no one person can really replace Berman and that he wore so many hats.

It will be interesting to see how the Worldwide Leader will handle filling Berman’s roles over the coming months and how it will make those announcements.