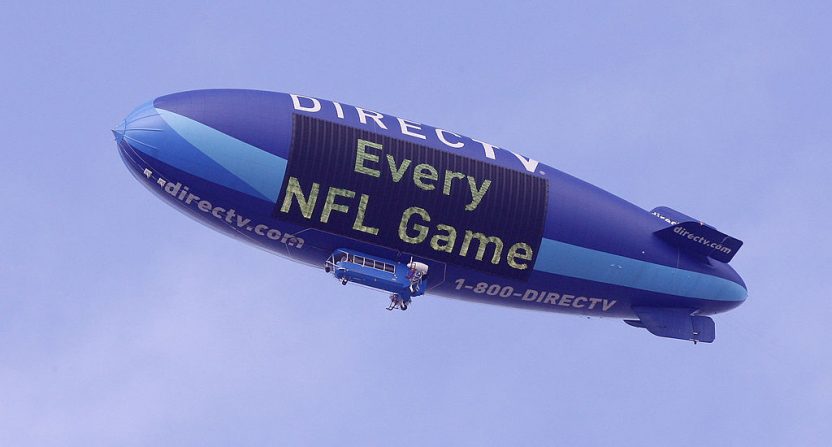 As DirecTV looks for ways to keep its subscribers from cutting the cord, parent company AT&T is hoping to do that by standing pat with its prices for the NFL Sunday Ticket package. Phillip Swann reports through an AT&T spokesperson that DirecTV plans to keep the package’s base price for 2019 at $293.94, which is the same as for 2018.

In 2018, DirecTV upped the price of Sunday Ticket by 4.2%. In addition, the Sunday Ticket Max price, which includes the popular Red Zone Channel and Fantasy Zone Channel, will also remain the same at last year’s $395.94. In 2018, Max went up by almost five percent.

So why keep the price the same in 2019? There are a couple of factors here.

One is that the NFL has a potential opt out after this season and could bring in other parties to bid, ending a two and a half decade partnership between the league and DirecTV. And two, NFL Commissioner Roger Goodell has strongly hinted that DirecTV’s exclusivity with the package could end, meaning that the satellite provider could still retain the package, but have another company hold streaming rights.

So with that in mind, it’s not surprising that AT&T will want to keep things the same in order to see how things play out and to placate subscribers who may not like the idea of DirecTV losing its exclusive hold on Sunday Ticket.

DirecTV has been the exclusive pay TV rightsholder of Sunday Ticket since 1994, but after the NFL flirted with cable and tech companies prior to this current contract, the satellite provider’s once-tight hold on the package has appeared quite tenuous.

And while DirecTV will likely hold onto the package after this season, it appears that another company will be part of the Sunday Ticket party in 2020 and beyond. However, DirecTV isn’t going down without a fight and wants its subscribers to know that it will remain competitive with its prices – even when (or if) it loses the exclusive rights.