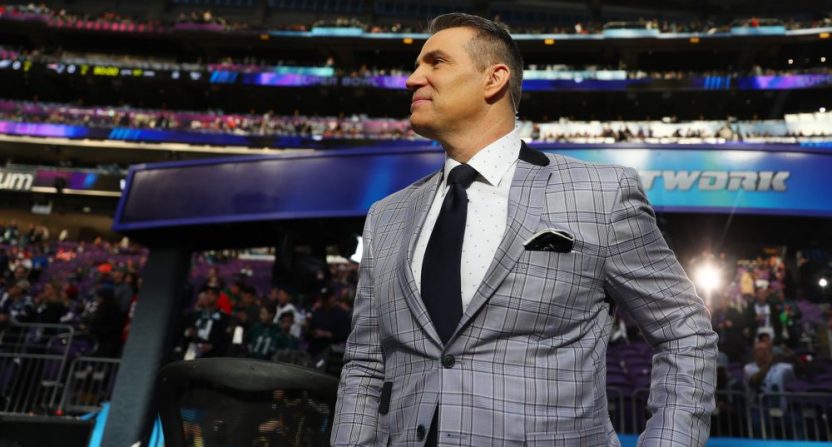 As the NFL continues to rake in money hand over fist, everyone within the league is seeking their fair share of that pie. One such group that has been largely ignored by the league is former NFL players. Those players who played with reckless abandon and didn’t know as much about head injuries at the time as people know today and who got paid less than players today face a various range of post-career fates.

No doubt, there is the occasional inspiring story of a former great retiring and being a success off the field. But more often than not, retired NFL players face a variety of health problems and have issues adjusting to a post-playing career. More often than not, health insurance is too expensive for what they need fixed and players are in a bad situation simply due to playing the game they loved.

The Hall of Fame Board consists of Pro Football Hall of Famers and they are seeking what they feel will help the greats of the game live a fulfilling life. In a letter to NFL commissioner Roger Goodell, NFLPA executive director DeMaurice Smith, and Pro Football HOF president C. David Baker, the board demands to have health insurance and an annual salary based on NFL league revenue, provided by the NFL, to all Hall of Famers.

The letter, penned by board chairman Eric Dickerson, details that the Hall of Famers are an integral part of the history of the game and are usually league ambassadors. But while they make appearances and look happy, it’s a much different scene in reality.

“People know us from our highlight reels. They see us honored and mythologized before games and at halftime, and it would be reasonable if they thought life was good for us. But on balance, it’s not. As a group we are struggling with severe health and financial problems. To build this game, we sacrificed our bodies. In many cases, and despite the fact that we were led to believe otherwise, we sacrificed our minds.”

The letter notes that health insurance for living Hall of Famers wouldn’t cost much in comparison to how much money the league makes. The board estimates that health insurance would cost less than $4 million per year, and considering Goodell makes over $40 million a year and a 30 second Super Bowl commercial costs slightly more than $4 million, they consider that to be “a drop in the bucket.”

While the letter is all well and good, limiting it to Hall of Famers instead of all former players damages much of the impact of the letter. Why should *only* Hall of Famers be eligible, instead of the ordinary joe that did his job in the league for a decade and retired without honors?

The board also cites other sports who provide health insurance and pensions to players. For instance, a baseball player who spends one day in the majors gets health insurance for the rest of their life, while someone on a roster for 43 days gets a pension.

The players noted that they will not attend next year’s Hall of Fame induction ceremony, which would fall under the NFL’s 100th anniversary. While the Pro Football Hall of Fame isn’t technically part of the NFL, the two are intertwined and the NFL would still look bad if some of the best players ever refused to show up for an induction ceremony.

While the board is planning to boycott next year’s induction ceremony for just reasons, I can’t help but wonder how this isn’t viewed as at least a little bit hypocritical given that Terrell Owens boycotted his own ceremony and some Hall of Famers were so upset that they wanted it to stop ceremony boycotts before they became a trend. Granted, it’s not a direct comparison because T.O. boycotted for more personal reasons and it was his actual ceremony, but it’s still refusing to show up to an event to make a larger point about what you feel as an injustice. I just wonder how many people who signed that letter also had an issue with T.O. doing the same thing.