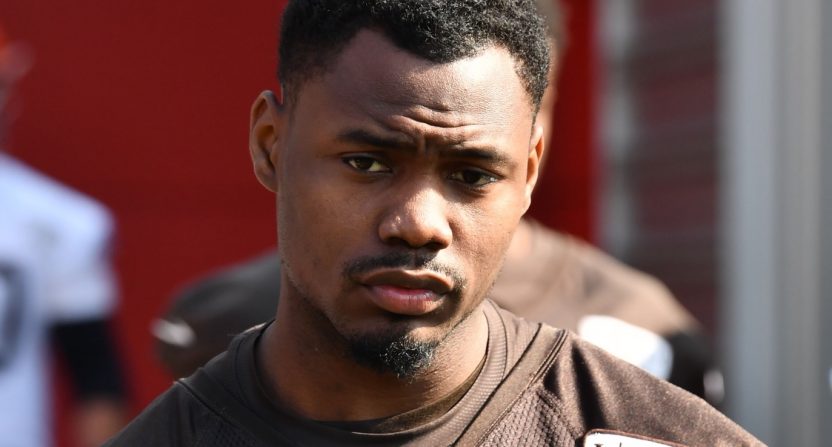 Add Jermaine Whitehead to the list of problems the Cleveland Browns had to deal with following a 24-19 loss to the Denver Broncos Sunday.

The fourth-year safety had his Twitter account suspended after posting several threatening tweets in response to criticisms of his poor performance. In light of those posts, the Browns announced Monday morning that Whitehead has been waived.

One of those tweets replied to the team’s radio analyst, Dustin Fox. The response to Fox’s post is no longer available with Whitehead’s account suspended, but several fans screen-capped the tweet in question.

Here’s one from Busted Coverage: 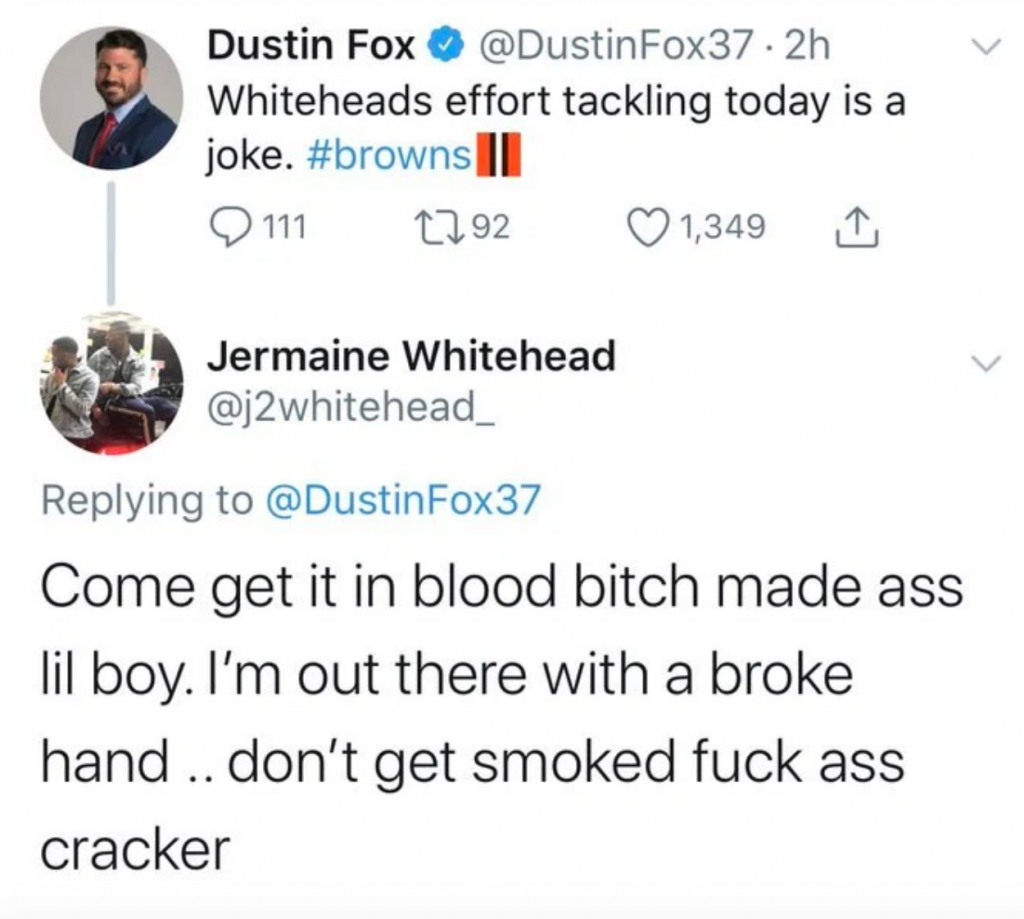 Another response to a fan read, “Don’t get shot at lil bitch … can you whoop my ass … fuck football … let me know when you need the address.” One more said, “Imma kill you bitch.. that’s on blood.” 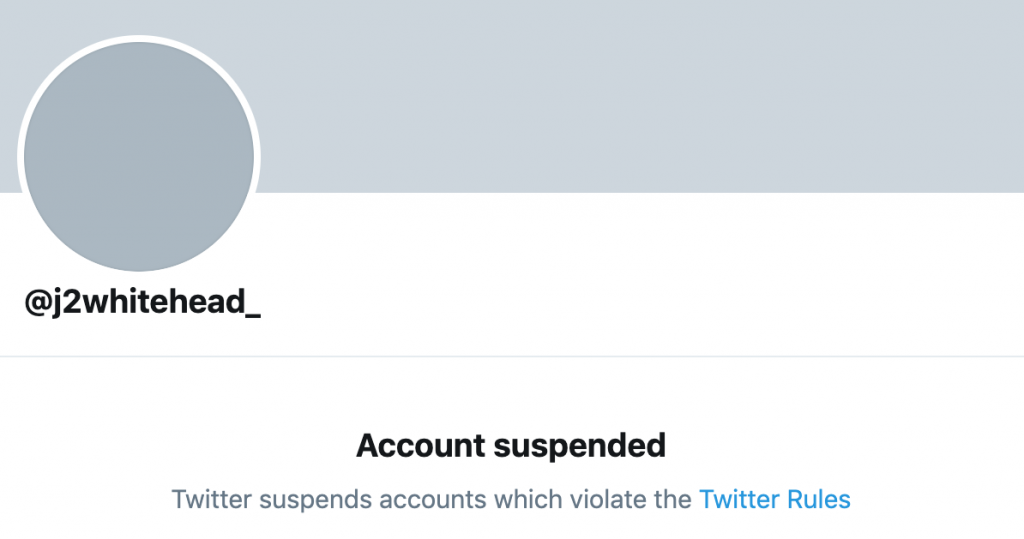 Whitehead’s tweets were posted less than a half-hour after the game, while he was still in uniform. Maybe he anticipated heavy criticism after missing several tackles. One of them resulted in a long gain by Broncos running back Philip Lindsey, another leading to a touchdown run from tight end Noah Fant.

Whitehead’s threatening, racially charged tweets were inexcusable under any circumstances, but they were especially disturbing responses to tweets that weren’t particularly insulting or personal. Threatening a team employee certainly didn’t help matters. Fox was doing his job as an analyst for the team, pointing out a player whose performance was restricting its ability to win.

Perhaps the Browns would’ve considered waiving Whitehead anyway, based on his on-field play. (Though he is the team’s second-leading tackler with 41.) But challenging fans to fight him, threatening to kill them, is something no sports entity, professional or amateur, can tolerate. This outcome was inevitable.

However, Whitehead’s Instagram is still active. In his most recent post, he didn’t apologize for the tweets, but still made a case for himself replying angrily to fans and critics.

Crazy world. They line it up and say anything in the book too you. They tell you take the high road, when yo whole life you was taught to meet fire with fire. I do apologize for my performance, but having a broke hand and a strong fear of letting my team down is my downfall. Whatever happens happens. Ain trippin. They probably gone still talk crazy but this me getting smoke off my chest. I don’t need one like.. this from me to me! Keep ya head up homie, can’t nobody fuck with you. I dare em to try.