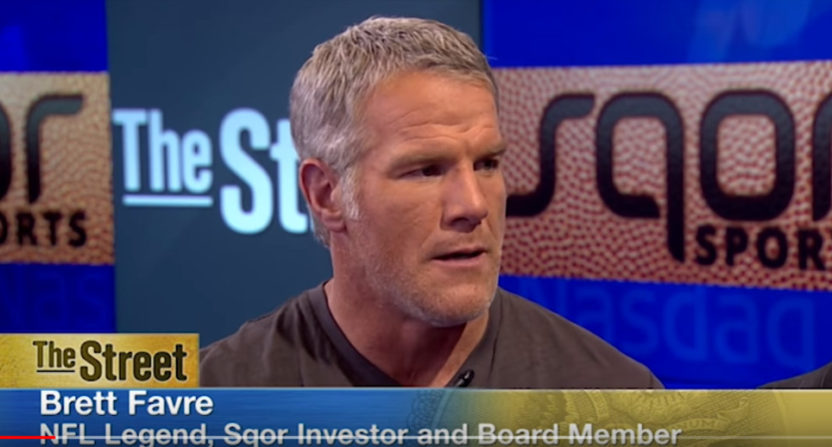 Remember Sqor? Most probably don’t, but the startup was founded in 2011 as “a social media and editorial sports technology platform revolving exclusively around sports, athletes and fans.” It received some buzz at the time, especially when former NFL quarterback Brett Favre joined the board in 2013 and became a co-owner. But Sqor closed down in October 2017 after filing a voluntary petition for Chapter 7 liquidation, and Louisiana-based investment firm Callais Capital Management (which put $16.75 million into the company) is now suing Favre and Sqor executives for that investment plus consequential damages, claiming Favre and the executives “made a series of negligent and fraudulent misrepresentations to induce CCM to invest.”

Here’s more on that from Daniel Goldblatt and Ryan Naumann of The Blast:

CCM claims the $16 million was to be used to help Sqor “fund immediate international growth and allow the company to secure up to 10 major Sports Enterprises over the next six months.” CCM says they were made to believe the investment brought with it the promise of extremely high profits.

Despite representations that Sqor was expecting to raise up to $25 million through a round of equity capital, CCM says this was a lie. They claim the company provided a growth chart that “negligently and/or fraudulently misrepresented” their projected income for 2018 as $44 million.

Further, CCM claims that Sqor “materially misrepresented” they had over 325 million fans (users) and their social reach was over 350 million. They even claimed the Sqor “went so far as to misrepresent” their social media platform’s user growth metrics exceeded that of Twitter and LinkedIn.

CCM calls out Favre for allowing the other execs to conflate Favre’s social media followers and fans with those of Sqor and misstating the influence of Sqor based on Favre’s own social media reach.

…Sqor even claimed to CCM other athletes — like Conor McGregor, Rob Gronkowski, Odell Beckham Jr., Allen Iverson and others — were using the network and were bringing in millions of impressions. The suit says none of the athletes were actually using Sqor and the millions in impressions was a lie.

The lists of failed social networks are a dime-a-dozen, but this one is interesting because of Favre’s involvement and because of the lawsuit’s particular claims about material misrepresentation. Favre joined the Sqor board in 2013, and he did a whole lot to promote the company, including this 2015 The Street interview with Jill Malandrino alongside Sqor founder and CEO Brian Wilhite:

An interesting part there comes at 1:00, where Favre is asked how this differs from other social media networks:

“Well, I think the business model that Brian and the team have come up with, it gives you an opportunity to make money with your brand, to me, that’s the biggest thing about Sqor. There’s not a whole lot of difference in the bigger scheme of things, but as Brian says, these tools and relationships that otherwise they would not have had, they’re just posting ‘Hey, how are you doing?’ This is something that will allow present, former athletes, also athletes that are not so mainstream. NFL, MLB, we know those, but what about the Iditarod champion, what about the world champion of ping pong? I get a kick, I always talk about them, for them, this is huge.”

Well, it turned out to be not so huge in the end. And it’s particularly interesting that the lawsuit talks about Sqor claiming athletes were using their platform when they weren’t, and Sqor was really just aggregating content those athletes posted elsewhere and claiming false impressions. A lot of investment talk and promises can be nebulous, but those items would seem to be rather black and white; either those athletes used the service or they didn’t (unless Sqor used a language loophole and didn’t say the athletes were posting the content on Sqor themselves), and either those impressions were false or they weren’t.

Similarly, the court documents also say Sqor told CCM they had a verbal agreement for an official partnership with the NFLPA and were working on deals with the Chicago Bulls and Los Angeles Lakers; if Sqor did make those claims, those may be claims CCM can prove false with testimony from the other parties involved. We’ll see where this goes, but it doesn’t sound great for Favre and others involved with Sqor.