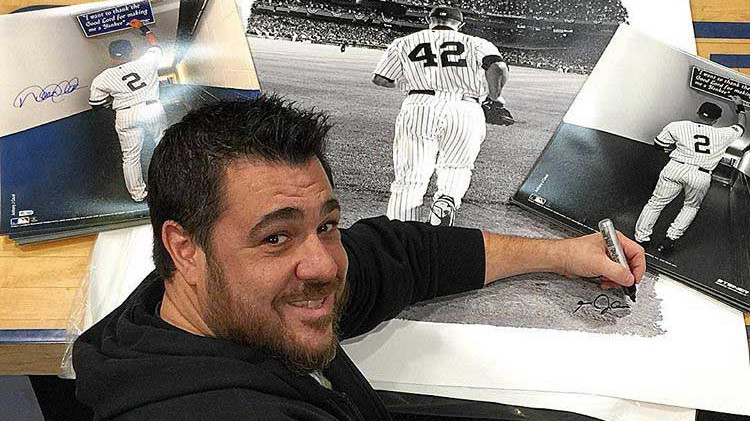 The latest sports figure to die from the COVID-19 coronavirus is long-time New York Post sports photographer Anthony Causi. Causi passed away at 48 Sunday at North Shore University Hospital. Ken Davidoff of the Post has a statement from editor-in-chief Stephen Lynch in an obituary piece:

“Anthony Causi was our colleague, our friend and a brilliant journalist,” Stephen Lynch, editor in chief of the newspaper, said. “He was, quite simply, one of the best sports photographers in New York City, capturing all the major moments of the past 25 years. Soft-spoken, funny, but most of all kind — he was respected by those he photographed and admired by those with whom he worked.

“The Post that you read, and the newsroom that we work in, are less colorful today because of his absence. Our hearts go out to his family, and we share their grief.”

As per that piece, Causi joined the Post in 1994 as a photo messenger, then worked his way up to a photo editor and a full-time photojournalist. He covered the Yankees, Mets, Giants, Jets, Knicks, Nets and more for them, and took several famed photos, including one of Yankees’ closer Mariano Rivera jogging out of the bullpen towards the mound. (He’s seen signing that above.) Tributes to Causi poured in on Twitter:

This hurts so much. Anthony was one of a kind. Our condolences to his family, friends and everyone who was fortunate enough to work alongside him.

What a great man. So sorry to hear. God found his angel photographer that’s for sure

Anthony Causi shot a ton of portraits of the area’s top local HS and college athletes we profiled. Frequently parents or players asked for the original pictures and would offer him money for them. He would have none of that. Was so generous and kind.

Among the last photos our friend Anthony Causi took was this one of the Mets beat reporters in Port St. Lucie last month. He was a terrific photographer and even better person. RIP. pic.twitter.com/RPWAP0tWn5

Just finished the hardest column I’ve ever had to write. Godspeed, Anthony Causi. You were the best of us. Will post soon.

Very sad day at The Post. Anthony was such a special person. Our hearts go out to his family.https://t.co/fKDoBtHl56

Anthony was the best in the business at sports photography in New York. He was beyond generous with his time and knowledge too.
—
Anthony Causi, beloved Post sports photographer, dies of coronavirus at 48 https://t.co/uYFuzDfk7G via @nypostsports

What great photos he took. I'm very sure many of you have seen and enjoyed his work.

Big loss for the sports media and photography world. May he rest in peace. pic.twitter.com/Zl2vY8d7Wx

This was an Anthony Causi photo. pic.twitter.com/TIaPANtdEO

Tonight I will pay tribute to my dear friend – the great Anthony Causi @NBCNewYork . The @nypost photographer was one of the best on the planet. He was a New York Treasure; a generous man who loved his family, friends & his craft. May heart is broken. RIP Anthony J. Causi. ❤️???? pic.twitter.com/fNeyHFeCKv

Here’s more on Causi from a column by colleague Mike Vaccaro:

There are some people in our lives whose impact is so immediate, and so permanent, it’s all but impossible to remember a time when they weren’t a part of us. That was Anthony. If you worked at The Post, you were family. If you didn’t? That was just a detail. You were family, too.

These last three weeks, Anthony’s fight with COVID-19 has touched all of us in ways that are almost too profound to properly convey. He fought with every ounce of his being, often beyond what seemed possible, but Sunday afternoon one of the grandest hearts anyone of us has ever known was stilled.

He was 48. He leaves behind a wife, Romina, his children, John and Mia, and an army of friends that would probably fill Citi Field, Yankee Stadium and Madison Square Garden. And would probably require standing room, too.

“He had a heart as big as anyone I’ve ever met,” said his longtime friend, Channel 4 sports anchor Bruce Beck. “He was salt of the earth. He had a charm and a grace about him that you just don’t find in many people. He would ask a Roger Clemens or a Pedro Martinez to pose for a picture and they wouldn’t have done that for anybody else. But they did it for Anthony.”

Causi is survived by his wife Romina and their children John and Mia. Our thoughts go out to them, and to all of his family and friends.