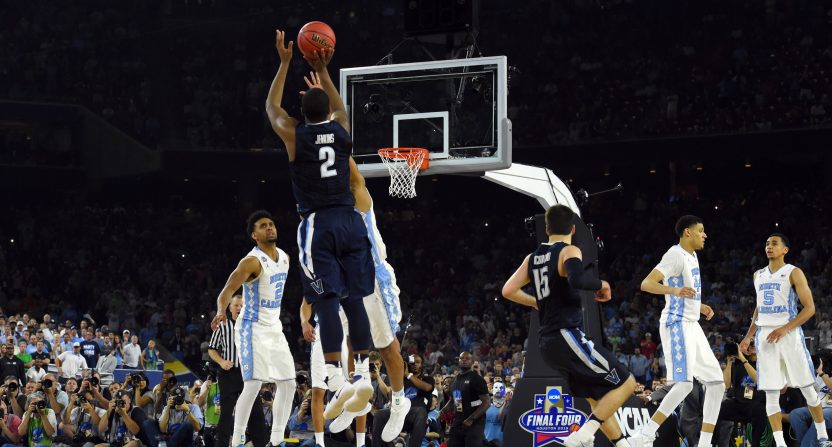 If someone who has been blissfully unaware of what’s been going on in the world over the last week tunes into Westwood One over the next few weeks during the traditional NCAA Tournament windows, expecting to hear games from this season’s NCAA Tournament, they might be a tad bit confused. Because even though the tournament itself is cancelled, Westwood One is airing rebroadcasts of classic games in their traditional tournament windows (Thursday-Sunday for the first two weeks, and Saturday/Monday for the Final Four and National Championship).

Here’s the full schedule of games, per Westwood One, which includes doubleheaders on every Saturday and Sunday. Our friend Daniel over at Eye on Sky and Air Sports has also dug up the broadcasters for the first weekend of games.

In addition, Westwood One will air interviews with some of the significant people involved in the games, discussing the games themselves.

Each game will feature play-by-play as it aired originally, edited down to minimize interruptions, and will include interviews and additional perspective from some of the players and coaches involved in the contest. Kevin Kugler, Jason Horowitz, or Ryan Radtke will host these games, which also include the 1982 NCAA championship game when Michael Jordan hit the game-winning shot for North Carolina, Villanova’s 1985 upset over Georgetown, Davidson’s 2008 victory over Gonzaga when Steph Curry scored 40 points, and the historic 2018 first-round matchup when UMBC became the first #16 seed to beat a #1 seed (Virginia).

This is a cool idea from Westwood One, and I’m glad that there’s at least one outlet out there trying to give fans classic March Madness content.