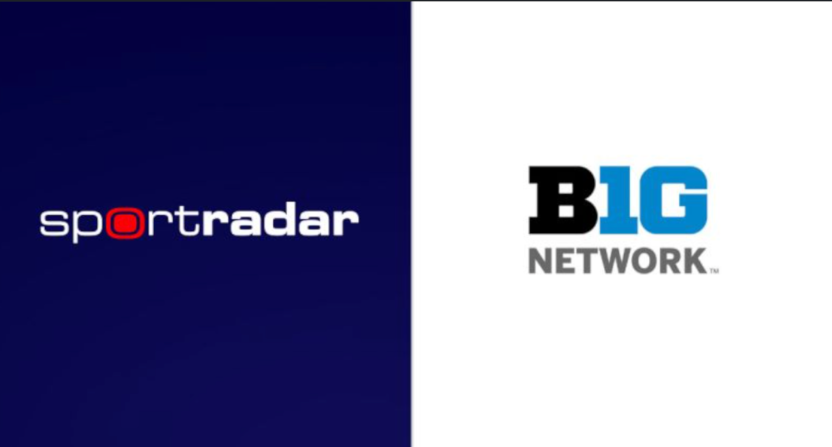 Earlier this month, Sportradar partnered with Big Ten Network to relaunch B1G+, an over-the-top subscription streaming service featuring hundreds of non-televised games from across the conference, plus press conferences, game highlights, and “a comprehensive library of historical content, shoulder programming, on-demand content, Olympic sports, and women’s sports.” Steve Byrd (Sportradar’s head of global strategic partnerships) recently spoke to AA about the move, and said it made sense as a way for Sportradar to expand their work with the Big Ten and their North American streaming portfolio.

“One, Big Ten Network is already a client of ours, and we support their live game productions with our research team and graphics downloads and things like we do for a lot of broadcasters. We also support any data needs they have on their digital side. So it was a relationship we already had in place. And for us, the streaming is a little-known area of our business, and any streaming we are known for is largely around the betting.”

“We do stream thousands of games a year, MLB, NBA, NHL, etc, to bookmakers on a global basis. But with that same infrastructure, we’re able to deliver a high-quality OTT service. And we do that outside the United States, like with Tennis Channel; their international platform is a Sportradar platform, as well as Deustche Telecom’s sports platform in Germany, the main OTT platform there is a Sportradar platform. So it was important from the sense that it was a chance to expand with an already-existing good partner, but also it was a chance for us to get a showcase in the United States that we do have these kinds of streaming media capabilities.”

Byrd said the U.S. college space is an area they’re actively targeting for growth, too, so this partnership also made sense on that level.

“And it fits in as well in that the collegiate space is something we’re rapidly expanding into. We acquired Synergy Sports earlier this year, so we’re dealing with pretty much every school and conference from a coaching, scouting, analytics perspective across basketball and baseball, and expanding into ice hockey.”

“And then we have integrity [monitoring]; there’s no kind of commercialization at the moment in the collegiate space directly, like we have with the professional leagues on the betting side, but there’s betting on the collegiate space, it’s a big business. So it’s even more important given the risk profile and everything that they have a robust integrity monitoring program, and that’s what we do across the college landscape, including conferences like America East and the ACC, where we’re doing monitoring for them, and reporting, and a lot of education, and things like that. College is a huge business here, and this ticks several boxes for us.”

Byrd said college sports are a logical area for Sportradar to pursue partnerships. While it’s often not simple to do college deals, given the numbers of conferences and individuals’ schools needs within those conferences, he said there’s a significant audience and fanbase there that’s worth the effort.

“By any metric, whether it’s ratings, attendance, merchandise, traffic on digital platforms, college as a whole is as big if not bigger than the professional leagues here. It’s just more fragmented. It’s a tougher business to get your arms around, because you can’t just go do one agreement like you can with the NBA. You have to kind of look at the different pieces; what the NCAA controls with the championships, and then the conferences, and the College Football Playoff, and everything else.”

“All told, if you’re in the sports digital and linear broadcast media/entertainment/advertising/fan-engagement space, college is of huge importance. And we’d been covering college for a long time, but as far as doing official partnerships, it’s easier to do three or four and then you’ve got the big leagues. So that’s why we’re going grassroots and working with them on all different aspects where we can really be a good business partner for them and help drive their businesses forward.”

He said there’s also perhaps more room for Sportradar now, given streaming consolidation elsewhere and given the increased numbers of games going to OTT platforms.

“We think it’s a great opportunity. If you look at the history of the space, the big players were BAMTech, MLBAM, and they’re now busy over there, right? They’ve got Disney+, ESPN+, Hulu and all that. And that’s all kind of changed. And Neulion was an independent company and now they’re controlled by a bigger company [Endeavor bought them in 2018].”

“So that’s where we’re seeing a lot of opportunity, more and more of a need, be it on a regional basis, be it with the collegiate tier, be it with new startup sports. There are so many of them. And they’re not going to get all of their games distributed, and probably don’t want to, on a linear platform, and need to control their own destiny.”

Byrd said a key part of Sportradar’s appeal to colleges and conferences is that they have an already-established OTT setup that can be quickly used for streaming, and that they’re already working with many of these conferences and schools in other areas.

“Being a turnkey OTT platform provider for all of these entities that we work with in other ways, we’re doing integrity with them, we have commercial partnerships with them around betting or media, etc, we think it’s a significant opportunity. Because why would you build that in-house when you can work with someone like Sportradar who has the infrastructure already in place?”

As per the specific relaunch of B1G+, Byrd said the new version built on Sportradar’s technology will provide a much better experience for viewing on TVs than the old, initially-phone-optimized version.

“I think there’s been a general refresh of it. It was a platform that had been around for a while, built originally on Neulion. The things that have changed, certainly the large format is a much bigger part of streaming now; if you think about when this started, you were probably just going to watch it on your phone, and that was the form factor and what everything was designed and then structured around.”

“And then tablets, okay, that’s one step over. But now, how much of what you watch at home on a large screen is actually delivered through this type of service? That’s where I think we’ve spent a lot of time, trying to make sure that everything from the signup and navigation to the user interface is what people expect now going forward for these large form factor devices, these smart televisions and streaming devices you plug into your television.”

“We’re super excited. I’m a Big Ten guy, I’m a Purdue guy, I’ve worked with the Big Ten Network since they launched, from my old company to now. I’m always excited to do more with a great partner. And this one [helps] to push us further into the collegiate space and expand with an important partner.  And one with such a high profile: Big Ten Network is the original and arguably the best of the collegiate networks, and Fox and the Big Ten have done a tremendous job with that. So it’s a great showcase for us, and I’m excited to see what we can do in that space. It’s going to help our business tremendously.”