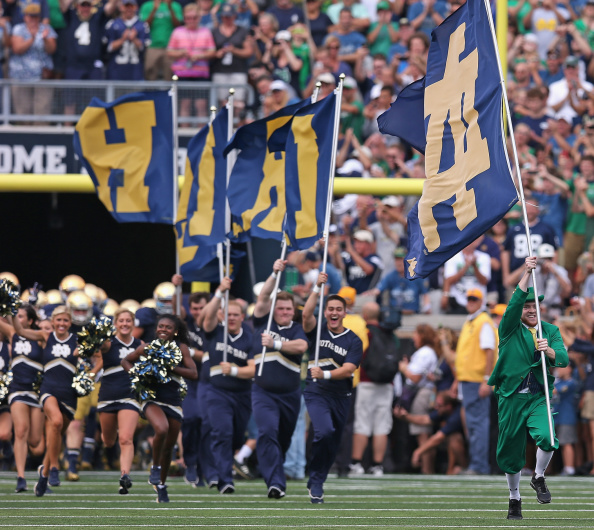 When we reach the day in the not-so-distant future when there is no media access to the top college football programs, we won’t get there in one instantaneous swoop. Rather, it will come piece by piece over a period of time. Access and reporting capabilities will be taken away as programs see what they can get away with without causing too much of an uproar. And sadly, it does look like it’s definitely a “when” and not an “if” for media outlets and for fans hoping for more information about their favorite teams.

It’s already a trend that’s been taking place all over the country in recent years before exploding last week. In case you missed it, both Texas and LSU put in place fairly arbitrary media restrictions on what reporters could and could not do at practice. Over at LSU, new coach Ed Orgeron closed off access entirely to practices and walkthroughs. In Austin, Tom Herman banned reporters from using social media during post practice interviews, “to increase accuracy and insure (sic) the necessary context.” There’s nothing quite like being told how to do your job, right?

They weren’t the only ones, of course. Notre Dame and head coach Brian Kelly also presented a humongous list of dos and don’ts for reporters covering practices, including a restriction on not being able to quote or paraphrase anything that anybody says.

These all seem pretty ridiculous, and they are. All Herman and Orgeron and Kelly are doing is inviting more pressure onto themselves and their programs by the media that covers them on a daily basis. Not that the media has to be appeased, but it’s just not smart business. Herman and Orgeron should be doing everything they can to get positive coverage in their first year on the job. Kelly needs all the goodwill in the world with his seat as hot as anyone in the sport coming off a 4-8 season. But for some reason, college football programs equate shutting off the flow of access and information to the local media, and furthermore to their fans, equates winning more games.

That is simply just not the case. Can anyone prove a correlation between programs with less media access chalking up more victories on the field? It would seem to be impossible, especially when you look at the two biggest programs in the Big Ten, Michigan and Ohio State. Urban Meyer and the Buckeyes have invited in ESPNU and the Big Ten Network for behind the scenes, Hard Knocks-style programs during training camps. Meanwhile in Ann Arbor, Jim Harbaugh instituted a “submarine policy” when he walked on campus in 2015, not making himself or his players available. Meyer is 2-0 against Harbaugh and the Buckeyes have lost six games in the last five years.

And yet there are several examples from recent history of colleges tightening their grip and trying to control the message coming from their programs in addition to what we saw in the last week. Charlie Strong did it at Louisville. So did Lane Kiffin at USC. Michigan once tried to shut out their own student newspaper. Steve Spurrier pushed around a South Carolina paper because he didn’t like a writer. Even North Dakota State limited footage for non-rights holders and Southern University limited player access to media.

We are only seeing more and more programs go this route. Why? What good does it really do in the grand scheme of things? Just take another look at the Notre Dame restrictions from above. It’s not like there is a deep state of college football writers out there just waiting to expose every secret from every major program. They’re just trying to do their jobs and inform their readers. And yet, that circle the wagons mentality is everywhere in college football. Even this quote from Penn State head coach James Franklin sounds like something that should be said at a White House press briefing and not within college football.

“I think as coaches, we’ve had times where information was leaked out that we would have preferred didn’t.”

Perhaps that quote is innocuous taken at face value with limited context, but it does show what lies beneath the surface here – the need for control. In college athletics, the control almost universally rests with the program, the coach, and the athletic department. (See: treatment of players including lack of pay, oversigning, and ridiculous transfer restrictions.) So when the coach sees something they don’t like floating around the media ecosystem, or they think a quote got misconstrued, or a player gave another team bulletin board material, the easiest and fastest choice is the power play. And power comes with money when coaches are often times the highest paid public employee in their entire state.

Unfortunately, there aren’t many ways for the media to make their case that access is a good thing that benefits everybody. Boycotting coverage of these programs really isn’t an answer because of the risk of losing readers. Trying to reason with these college coaches? Can you imagine what a conversation like that with someone of Nick Saban’s pleasant demeanor would be like? That’s likely a non-starter in most communities.

The only thing the media can do is make the case to fans and followers why having access benefits them. By keeping them informed about their favorite team, providing updates, in-depth stories, and interesting quotes, fans benefit. Especially in this information age, the thirst for more and more information is there for fans and instead of fulfilling those desires, these programs are running in the opposite direction. Perhaps it will force the media to become more resourceful in their coverage, which could be a good thing, but this antagonistic relationship that’s built on mistrust and fear of “leaks” isn’t good for anybody. If that case for access isn’t made, and we continue down this path, that flow of information will become extinct across college football and who knows where else in sports.