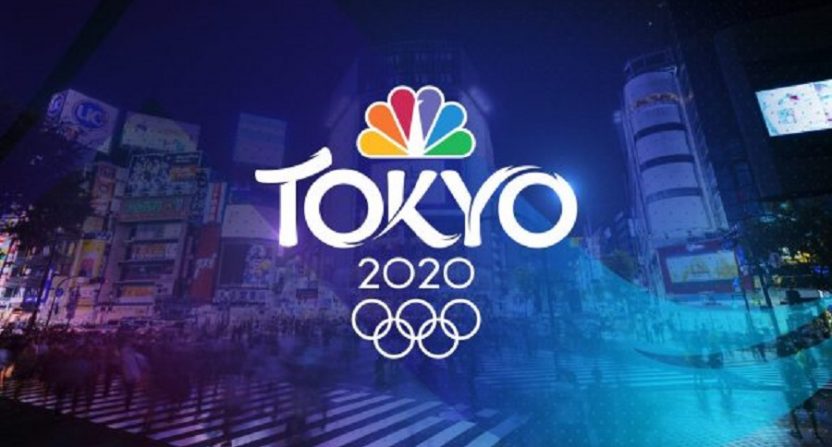 We’ve reached one of those downtimes in the sports year – the dog days of summer. All of golf’s majors are now completed with the Open Championship in the history books and the PGA Championship’s move to May. Wimbledon just wrapped up on the tennis front. The major international soccer tournaments have wrapped up and the world’s biggest teams are doing their preseason tours. And we’re just barely reaching the start of NFL training camp, which means we have at least a month of meaningless preseason games to watch until we get to the regular season. Even the baseball season has reached that point where you’re just ready for the postseason to finally arrive.

Perhaps that dead period in sports is why NBC is taking the opportunity this week to offer blanket coverage about a sporting event that doesn’t even take place within this calendar year. On Tuesday July 23rd and Wednesday July 24th, NBC will be engaging in an all-out, cross-platform, ultra-synergetic promotional blitz for the beginning of the 2020 Summer Olympics in Tokyo with the Opening Ceremony set for July 24, 2020.

Here are some of the details via NBC Sports:

NBCUniversal will celebrate one year until the 2020 Tokyo Olympics by utilizing its unmatched portfolio of assets to connect Olympic fans with the Games, the host city and the athletes they love to cheer. The celebration will transpire over the next two days, July 23-24, with the Tokyo Opening Ceremony set for July 24, 2020.

From sport demonstrations and athlete visits on TODAY to a company-wide promotional roadblock to interviews with NBC Olympics primetime host Mike Tirico live from Tokyo, NBCU will leverage its abundant and diverse platforms to build excitement for the 2020 Olympic Games with a host of promotional and editorial initiatives.

In cooperation with the United States Olympic & Paralympic Committee, 15 world-class Olympic athletes and hopefuls — including Shaun White, Ali Krieger and David Boudia — will celebrate the occasion in New York and Los Angeles, and appear across numerous NBCU platforms and shows.

Before moving on, just take a second to ponder the practicality of NBC spending who knows how many dollars to send Mike Tirico to Tokyo just to talk about the Olympics happening there a year from now. Couldn’t NBC spend those dollars trying to convince Michael Schur to give us an extra season of The Good Place instead???

As for some of the specifics of the all-out, cross-platform, ultra-synergetic promotional blitz, Tirico will appear on Today, the NBC Nightly News, on Golf Channel, and on local NBC affiliates to promote the Olympics. Additionally, there will be a sport climbing and skateboarding exhibition on Today. Also, a new Olympic commercial will air across NBC Universal networks featuring Panic! at the Disco and 15 Olympians will be making guest appearances across NBC platforms including everywhere from Telemundo to Golf Channel to CNBC.

While that may seem like overkill, the Olympics are NBC’s biggest television property and there’s a reason why the company is shelling out $7.5 billion to broadcast the summer and winter games through 2032. When you’re that deep into the billions, you might as well get as much mileage out of it as you can.

I have to think that NBC is missing some opportunities though. What about getting one of those fans on the road at the Tour de France to do some good old fashioned sign spinning like there’s a $5 deal at Little Caesars? How about Dale Earnhardt Jr. doing some equestrian for an episode of Dale Jr. Download? Maybe Mike Florio could beat Chris Simms in an archery competition? If NBC really wanted to go all out, the possibilities would truly be endless.