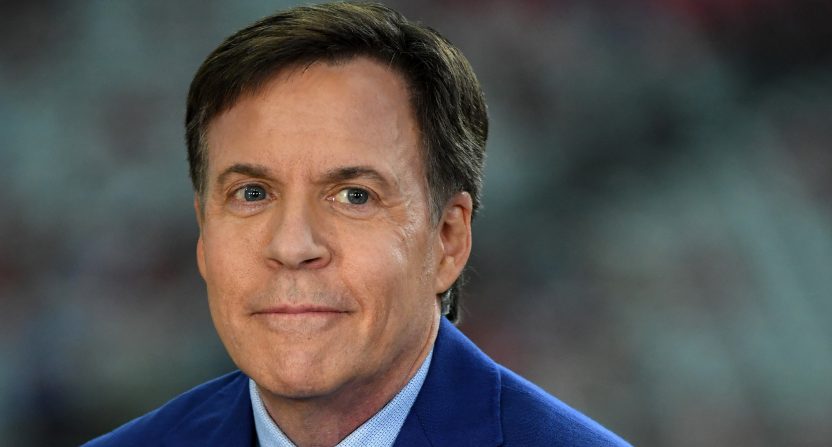 On Wednesday, the Baseball Hall of Fame announced Costas as the 2018 recipient of the Ford C. Frick Award, whose past winners include Mel Allen, Red Barber, Vin Scully, Jack Buck, Harry Caray, Jon Miller, and a number of other broadcasting legends since its inception in 1978.

“For almost 40 years, Bob Costas has presented an incredibly thoughtful and informed voice on every game he calls for NBC, The Baseball Network and MLB Network,” Hall of Fame president Jeff Idelson said in a statement. “But it’s Bob’s pure affection for baseball that has made him a national treasure. From the first day he entered our living rooms, Bob became one of the National Pastime’s greatest friends.”

Costas began calling Major League Baseball for NBC in 1982 and served as one of the network’s lead voices until it lost baseball in 1989. Costas worked games for the short-lived Baseball Network, then called the 1997 and 1999 World Series after NBC regained limited baseball rights. When MLB Network launched in 2009, Costas joined the network as a host and occasional play-by-play man.

Costas has his critics, but he is, without question, one of the most accomplished baseball broadcasters of his or any other era. Despite having been the longtime face of NBC’s Olympic coverage and a regular presence on the network’s “Sunday Night Football” broadcasts, Kentucky Derby coverage and more, Costas has always been a baseball announcer first.

As the Frick Award winner, Costas will be honored July 28 at the annual Hall of Fame induction ceremony in Cooperstown.