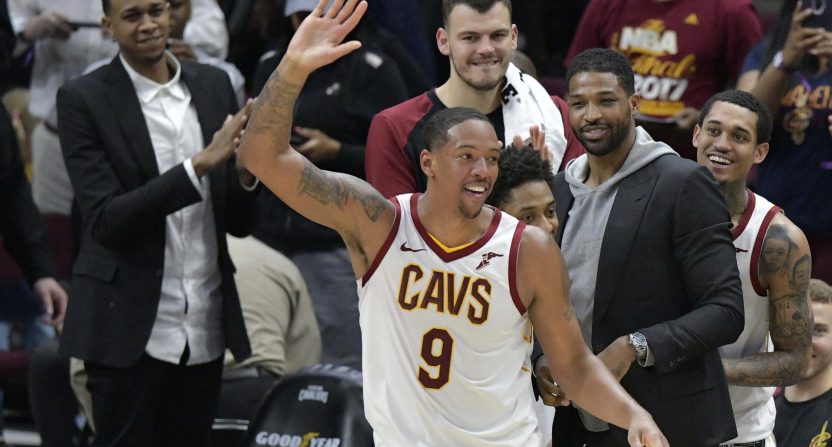 The NBA, Twitter, and Turner Sports have agreed to a multi-year extension of a live content and highlights agreement, including the addition of former NBA veteran and podcast and media personality Channing Frye as the lead analyst for Twitter live streams of select TNT games during the second half of the season.

An expansion of a live stream project that began last season with isolation cams on an individual player, the @NBAonTNT Twitter handle will offer a live stream for the second halves of at least 20 regular season games, the All-Star Game, and 16 playoff games, including the Western Conference Finals.

10 years of #NBATwitter and more to come!

The NBA and Twitter are extending their partnership, which includes another exciting season of #NBATwitterLive. We tip off the first game of 2020 with @celtics at @sixers Thursday night (7pm/et, TNT).https://t.co/eLbdobrbbG pic.twitter.com/rAH2Hqjqh6

Fans will be able to vote for the player they’d like to see through a poll on the NBA’s Twitter account during the first half. The league’s live stream during the opening night battle of Los Angeles between the Lakers and Clippers on Oct. 22 saw a 64% increase in minutes watched and a 68% uptick in concurrent viewers over last season’s tip-off stream, per NBA figures. Over 48,200 participated in the poll that focused the second half iso-cam on LeBron James, up 76% from last year.

Live streams and other second screen experiences have greatly expanded on #NBATwitter and other platforms over the last year. ESPN launched its online only Hoop Streams pregame show hosted by Cassidy Hubbarth before Saturday primetime games last season and expanded that to a season-long operation for the 2019-2020 campaign for Twitter, YouTube, and ESPN’s app. Bleacher Report waded into those waters last season with a monthly live Twitter show for Thursday TNT games featuring House Of Highlights founder Omar Raja, who was since poached by ESPN. Even individual teams like the Brooklyn Nets are launching shoulder content for select games, like a pregame show featuring two of its analysts exclusively for Facebook.

“As early adopters of the social platform, it is exciting to see the #NBATwitter community grow into one of the largest and most active social media fan bases in the world,” said Sam Farber, NBA Vice President, Digital Media, per a release.  “As part of our extended partnership, #NBATwitter will drive interest in live NBA games, inform fans where to watch the action and bring fans closer to the league, teams and players through the NBA on TNT second-screen streaming experience.”

The league has focused on a wider array of video content packages for Twitter since the season began in late October, including game highlights, pregame player warmups, and interactive Q&As and polls to enhance the #NBATwitter conversation.

“This partnership is a perfect match,” said TJ Adeshola, Head of U.S. Sports Partnerships at Twitter, per a release. “Not only does it give fans more of what they want to see, it provides an ideal canvas for marketers to connect with what’s happening in the NBA, on Twitter.”