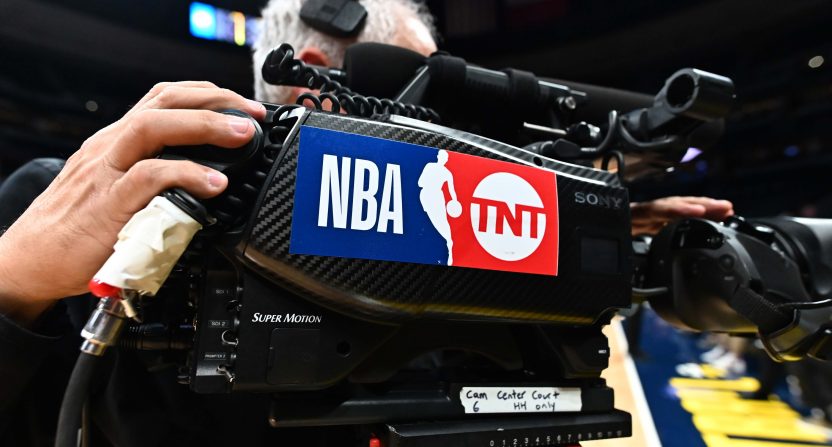 Following the release of the 2021-22 NBA Opening Week and Christmas Day game matchups earlier this week, Turner Sports has now put out their full NBA schedule as part of the overall national schedule release. There are a few notable elements there. One is that their fall NBA on TNT doubleheaders will be on Tuesday, rather than Thursday, with Thursday doubleheaders returning beginning in January. Beyond that, they also announced their lineup for a Martin Luther King, Jr. Day doubleheader (Monday, January 17), featuring the Chicago Bulls against the Memphis Grizzlies and the Milwaukee Bucks against the Atlanta Hawks. Here’s more from a release:

Turner Sports, entering its 38th consecutive year of NBA coverage, will feature a 65-game schedule during the 2021-22 NBA regular season, including:

The network will highlight the league’s biggest stars and most star-studded teams throughout the season, led by:

The move to Thursday in the fall makes some sense, as Thursday Night Football has provided some harsh competition for the NBA on TNT in the past (and has led to them scheduling less-prominent teams for Thursday fall doubleheaders). The most-featured teams here are also notable; the Lakers, Warriors and Nets all make sense, and it’s interesting to see the Bucks promoted to close to that spot after winning a title. One other featured matchup comes Tuesday, Dec. 14 at 7:30 p.m. ET, with the Warriors visiting the New York Knicks as part of the league’s “NBA 75 Classic Matchups”; those two teams have played in every NBA season, so they’ve been chosen as part of this NBA 75th anniversary effort. There will be other NBA 75 celebrations on Turner’s channels throughout the season.

Turner’s release also includes details on their NBA TV programming. They’ll have 107 live games there this year, including five games in three nights to start, an early MLK Jr. Day game, and a NBA 75 Knicks-Raptors game. Here’s more on that: