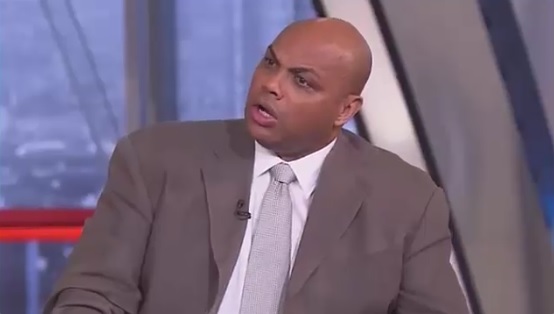 LeBron James’ top media foil has always been Skip Bayless. Bayless has made millions off of mainly trolling James, no matter how many MVPs or championship trophies LeBron wins.

James has never really fired back at Bayless in any significant way, perhaps understanding the carnival barking game that he has been playing all these years. The only response you can have in that situation is not to take it seriously I suppose. However, another big-name media member is now on the receiving end of a responding salvo from James – TNT’s Charles Barkley.

Barkley has been highly critical of James as of late. And when the Cavaliers’ star talked about wanting more depth and more help off the bench, Barkley called him “whiny.”

It’s no secret the Cavs are going through a rough patch right now. And after another loss in Dallas on Monday night, James fired back at Barkley and brought up a couple notable off-court episodes from Sir Charles’ life.

“I’m not going to let him disrespect my legacy like that,” James told ESPN. “I’m not the one who threw somebody through a window. I never spit on a kid. I never had unpaid debt in Las Vegas. I never said, ‘I’m not a role model.’ I never showed up to All-Star Weekend on Sunday because I was in Vegas all weekend partying.

“All I’ve done for my entire career is represent the NBA the right way. Fourteen years, never got in trouble. Respected the game. Print that.”

James continued, countering Barkley’s criticism over his close network of friends across the NBA and his playing with other stars like Dwyane Wade, Chris Bosh, Kyrie Irving, and Kevin Love.

“Go watch the ’93 Finals when John Paxson hit the shot,” James said. “Barkley and Jordan were laughing and joking with each other during one of the games while somebody’s shooting a free throw. In the Finals. But, oh, nobody were friends back then.”

And he even gave Barkley a challenge to come talk to him anytime anywhere across the NBA.

“I know he wanted to retire a long time ago, but he can’t,” James said. “He’s stuck up on that stage every week.”

James then issued a challenge, of sorts.

“And if this makes him want to talk to me, the schedule’s out there,” James said. “He knows every road arena I’ll be in. Don’t just come up to me at All-Star and shake my hand and smile.”

It’s rare that you see LeBron come back so harshly with criticism from the media but clearly the comments from the Hall of Famer hit a nerve. And James does have a point in this case. Sure, The Decision was probably ill-advised but for a decade and a half he’s been a modern citizen for the NBA and everything you could want from a global superstar. James has made a positive impact in his community, has not been afraid to speak out on social issues, and has not gotten in any kind of trouble off the court.

James has been the face of the league arguably since the day he stepped on the floor in a Cavaliers uniform for the first time. Perhaps he’s frustrated that every play and every comment that he makes gets micro-analyzed, and yet he’s never seemingly gotten credit for all the above from his loudest detractors.