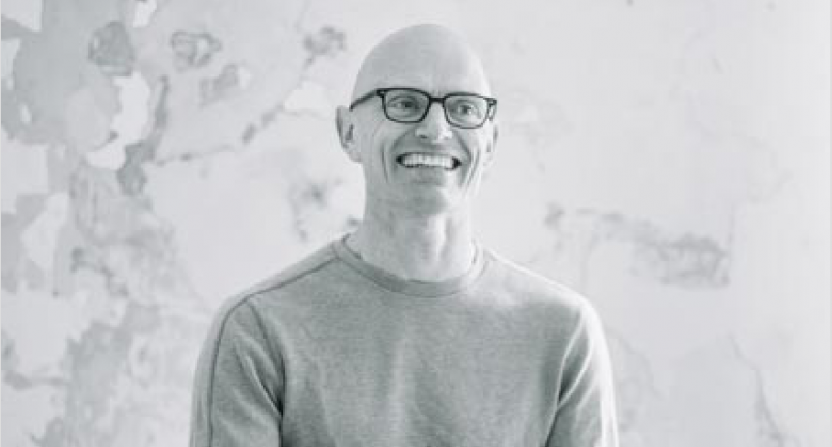 For those who have been around the sports internet a while, the name of TrueHoop sparks a lot of memories. Henry Abbott’s site was one of the first and most important basketball blogs when he launched it in 2005, collecting coverage from around the NBA and also offering unique perspectives and opinions, and ESPN’s acquisition of the site in 2007 led to further prominence for it. Beyond the NBA coverage it offered over the years, TrueHoop served as a starting point for many of today’s most prominent writers, especially with the later launch of the TrueHoop Network of team sites; Abbott himself also wound up in a wider role as a NBA editor at ESPN. But Abbott was caught in the April 2017 ESPN layoffs, and that seemed to be the end of TrueHoop. However, Abbott relaunched the TrueHoop brand this week as a subscriber newsletter, at a price of $10 per month or $100 for a year. He recently took the time to answer some questions from AA’s Ben Koo about why TrueHoop is coming back in this form, what’s going to be included, and how he was able to get the TrueHoop name back from ESPN. Here’s that conversation:

Ben Koo: What was the rationale to bring back TrueHoop as a subscriber newsletter vs. a website?

Henry Abbott: Of course, it’s easier and more fun to just make everything free, and that has long been my inclination. But not so realistic in 2019, as the people working here — [COO] Judy [Goodwin], [longtime ESPN executive and editor] Don Skwar, [longtime ESPN analyst] David [Thorpe], me, others — have things like mortgages and desire healthcare now and again. A free website is effectively a bet on beating Google and Facebook at the digital display ad game. I’m a pretty fearless guy, I got good grades at NYU, but geez, no thank you. In this TrueHoop’s assessment is similar to the New York Times, Washington Post, Netflix and the like: Bet on the readers, viewers, consumers.

And then there’s the reality that when journalists work directly for readers, I think the content gets better. Everyone high-fives the truth. In contrast, when journalists work for companies that rely on advertisers, who themselves are often deep-pocketed with complex webs of relationships, not everyone is happy when the rich and powerful are in the headlines. Right now, for instance, there are headlines about Robert Kraft, who is about as plugged in as humans get. It would stand to reason that at some media companies, there may be an executive or two (responsible for revenue) kind of wishing the journalists wouldn’t go too hard. It’s to the credit of media companies that hard journalism happens anyway, but wouldn’t it be nice not to have to worry about that?

It could just be me, but as a seven-days-a-week subscriber to The New York Times, I sense like their investigative reporting has grown ever more fearless in the last few years, as subscriptions have replaced advertising as the primary revenue source. That’s interesting.

BK: Is a full site relaunch something that could happen down the road?

HA: We hope everyone will be able to get all the TrueHoop they want and never say never. We are an ambitious new media company with a lot of cool stuff in the works, not all of it behind the paywall. But it’s also 2019! If you were advising anyone on a new media venture in 2019, would you say “start a blog?” I used to tell everyone that! But, you know, 2005 called. It wants its media strategy back.

BK: What type of fan do you see subscribing to the newsletter?

HA: A while ago, New York magazine had this fascinating article about Netflix, and how they have used data to understand their audiences, probably better than any media company ever has. I’m summarizing terribly, but in a nutshell, they don’t find the normal types of demographics — age, gender, income etc. — to be very useful. This is upending centuries of media tradition, and more power to them. Instead, there are people who LOVE police procedurals, and people who LOVE rom coms, and some of them are old and some of them are young and they define themselves by their interests and habits.

That feels right to me. We are here for people who love the truth. We have this free preview going through the end of the month. If people read for the next week and a bit, and feel like it’s worth some money to keep going … well, those are the people we envision having. They will self-identify, and we will be very thankful to have them.

BK: TrueHoop was your creation but was acquired by ESPN. Does ESPN have any role in this relaunch? Do you once again own the brand and if so, how did that come to be.

HA: Great question. I worked at ESPN for precisely one decade, down to the second, which ended at the stroke of midnight, beginning February. We have fully parted ways. But there’s a way to get divorced in style, and I’m determined that’s what we will do. So let me tell you, this a story of uncommon decency on behalf of a number of people, including John Kosner, Wendi Kemp, Rob King, Lauren Reynolds, Cristina Daglas, Brandy Scalzo and others I don’t know. But in a nutshell, through our long goodbye, they agreed to return the TrueHoop name to me, because they felt it was the right thing to do. That was mighty nice of them, they really did it, and I don’t take it for granted.

The new TrueHoop can be found at TrueHoop.com, with a free preview running through the end of the month.

[Photo via a 2011 Canis Hoopus interview with Abbott]